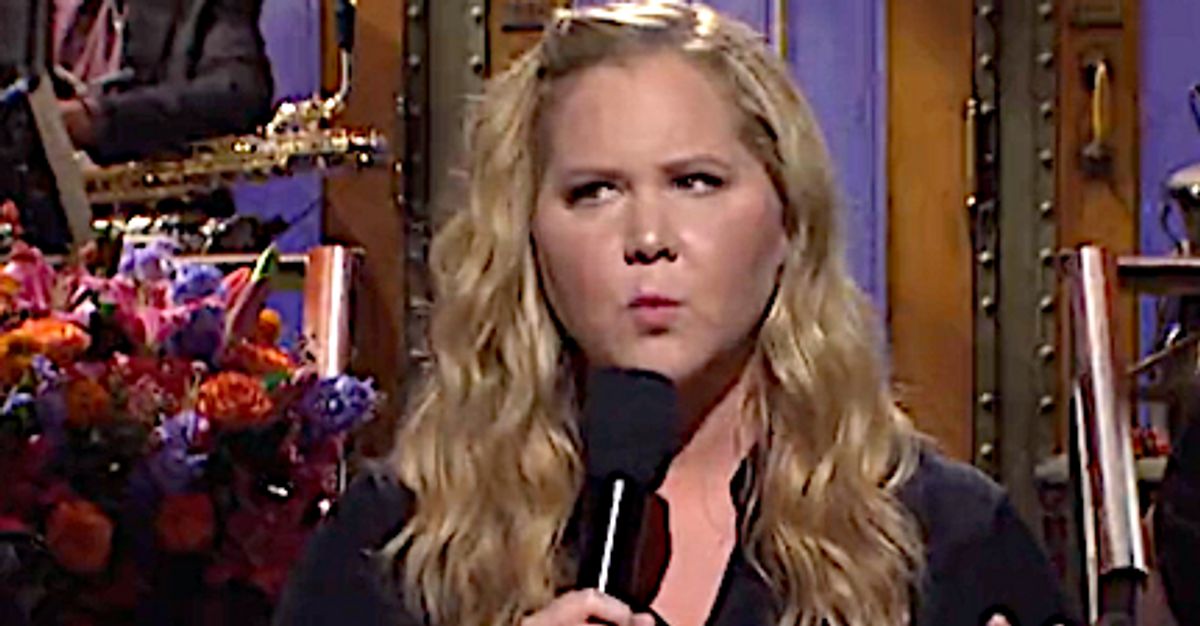 Amy Schumer was back on “Saturday Night Live” for a third time going full raunch ahead of the upcoming “midterm abortions.”

“Elections!” she corrected herself. “What did I say? Sorry, I was thinking about what’s at stake if we don’t vote.”

She talked about role playing during sex — and how weird sex is with spouses.

Schumer said it’s inevitably “awkward” having sex with her husband because he’s family. “I have Thanksgiving with you, I lay out your sweaters. I can’t go down on you because you’re my emergency contact,” she tried to explain.

It doesn’t really matter because both of their favorite days for sex are “tomorrow.”

Hubby Chris Fischer has been diagnosed with autism spectrum disorder, which causes him to do things like simply walk away during a friend’s boring story, Schumer explained. When sher asked him before she went on stage how she looked, he responded: “It’s too late.”

“It used to be called Asperger’s, but then they found out — this is true — that Dr. Asperger had like Nazi ties, Kanye,” she said. Tapping her microphone as if it had called out Ye, Schumer quipped: “That was weird.”

Check out the full monologue here: