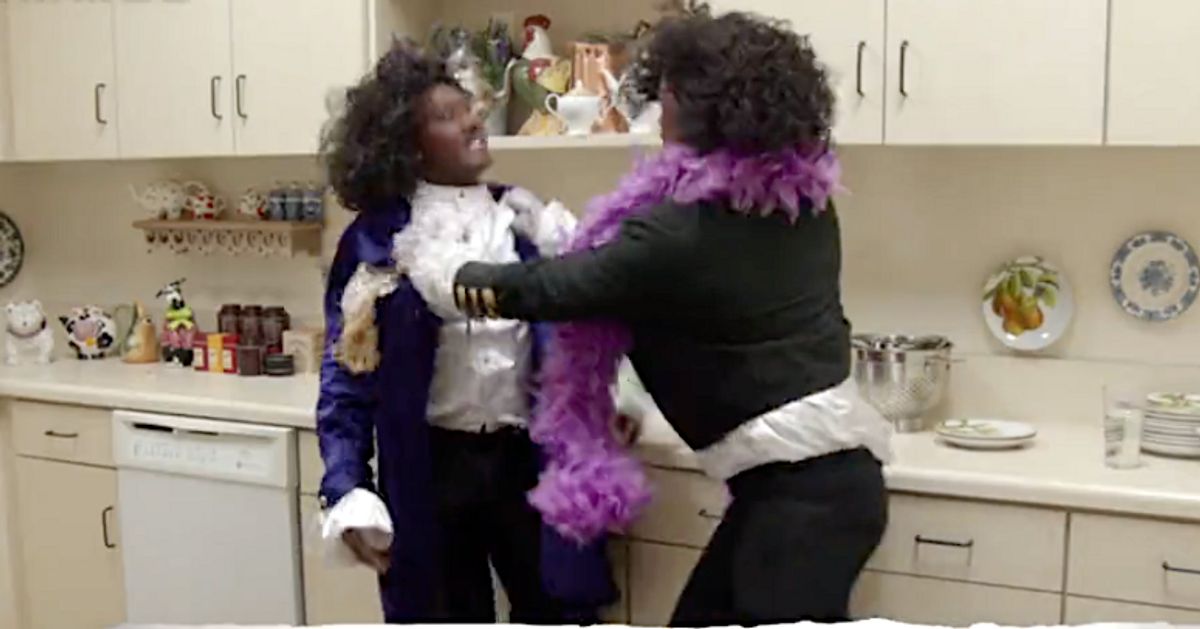 “Jimmy Kimmel Live” on Thursday gleefully lapped up the tea spilled by Prince Harry in his new memoir “Spare,” reenacting the fight he described with his brother William. (Watch the video below.)

But the talk show’s made-up monarchy melee featured actors playing two versions of music legend Prince who go at each other.

The narration partly mimics the book excerpt, which is making the rounds. Harry wrote that Willliam called Meghan Markle “rude” and “abrasive” and lunged at him. He ripped off Harry’s necklace and sent him sprawling to the floor onto a dog’s bowl, which shattered, according to the book account.

But it’s unlikely either royal sibling uttered anything as poetic as one Prince did in the skit:

“This is what it sounds like when doves cry.”

Juicy passages from the memoir, generated in part by Spain releasing the book early, have been captivating the world.

Tom Hanks, Famed Nepo Dad, Gets Defensive About Son Being In His New Movie