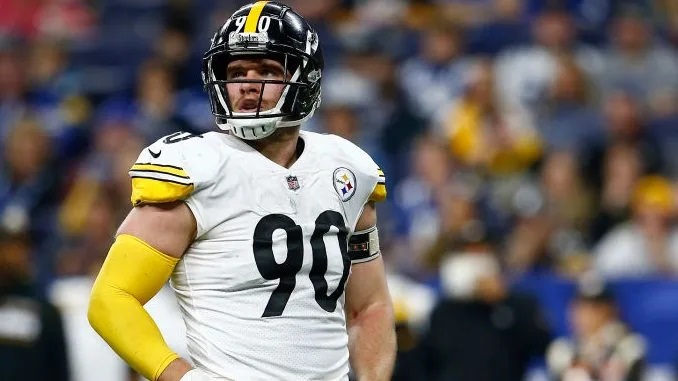 This week, it’s the latter.

The Steelers enter today’s game against the Atlanta Falcons with a healthy stable of running backs, with Najee Harris, Jaylen Warren and Benny Snell Jr. all active as they have spent time on the injury report multiple times over the past two weeks.

Harris, who left Monday night’s game against the Colts with an oblique injury, returned to practice for the first time on Friday.

“I felt good,” Harris said after practicing. “Just going back to the movements and moving around. It felt good. Rest would help. That’s what I was doing and letting it heal on its own for a bit.”

Still active today is DeMarvin Leal, a defensive lineman. Leal was activated from the reserve/injured list to the 53-man roster on Saturday.

Leal returned to practice on November 16 and the Steelers had a 21-day window to activate him or remain on the reserve/injured list for the rest of the season.

Leal has played in five games in 2022, starting one. He had nine tackles, including five solo stops. He also had three passes defensed and one tackle for loss.

“I’m ready to do whatever it takes,” Leal said after returning to practice. “I am hungry.”

Tune in: For fans who don’t want to miss any of the action, NFL+ is here, which means you can now watch the Steelers live and on the go! Watch live local and primetime regular season games on your phone or tablet. Start your free trial today here.

Get out and vote: Voting is now open for the 2023 Pro Bowl Games, which will be a completely different format than in the past.

The traditional Pro Bowl game will be replaced by four days of action, culminating with the AFC vs. NFC Flag Game on Sunday, February 5 at Allegiant Stadium in Las Vegas, Nevada.

Leading the game will be skill competitions, giving fans a fun look at all the top players in the league.

Fans can vote for their favorite Steelers players from now until December 15. A social aspect of voting is now available.

Trump rebuked for call to suspend Constitution over election