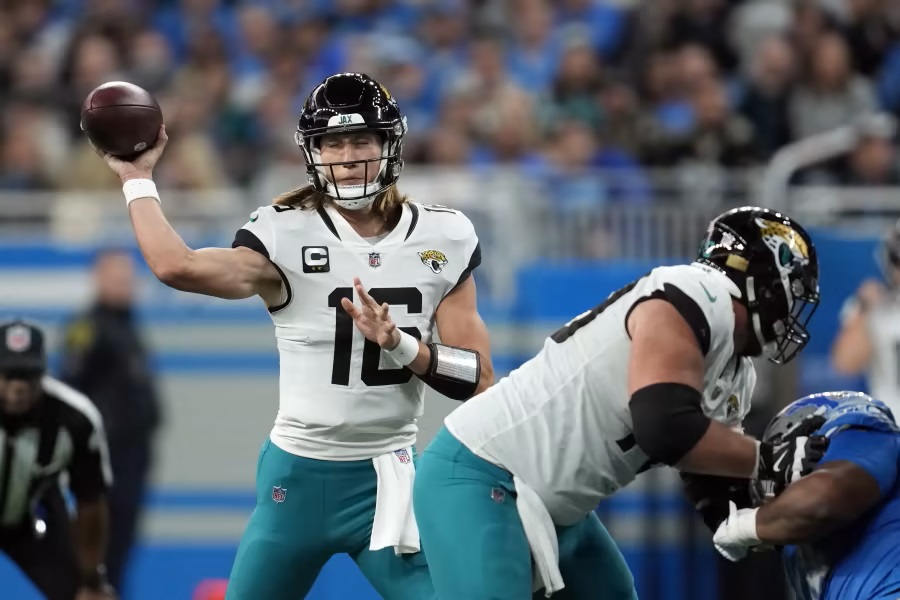 Trevor Lawrence suffered an injury to his left foot at the end of the first half of Sunday’s game against the Lions, an injury that looked devastating and had Jaguars fans praying for the best.

Lawrence was twisted awkwardly by James Houston swinging his left leg under him on the sack. He was writhing in pain after the play and was being looked after by the coaches. Lawrence was able to run under his own power and returned to the sideline early in the second half.

Lawrence has been durable throughout his career, missing only a few snaps last year while under investigation for an ankle injury.

Lawrence is in the midst of a redemptive second season in the NFL. His rookie year was overshadowed by Urban Meyer’s disastrous tenure and Lawrence’s struggles. He had just 12 touchdown passes and 17 interceptions last year. Lawrence has looked like a franchise quarterback this season, throwing for 16 touchdowns and just six interceptions.

Trump rebuked for call to suspend Constitution over election