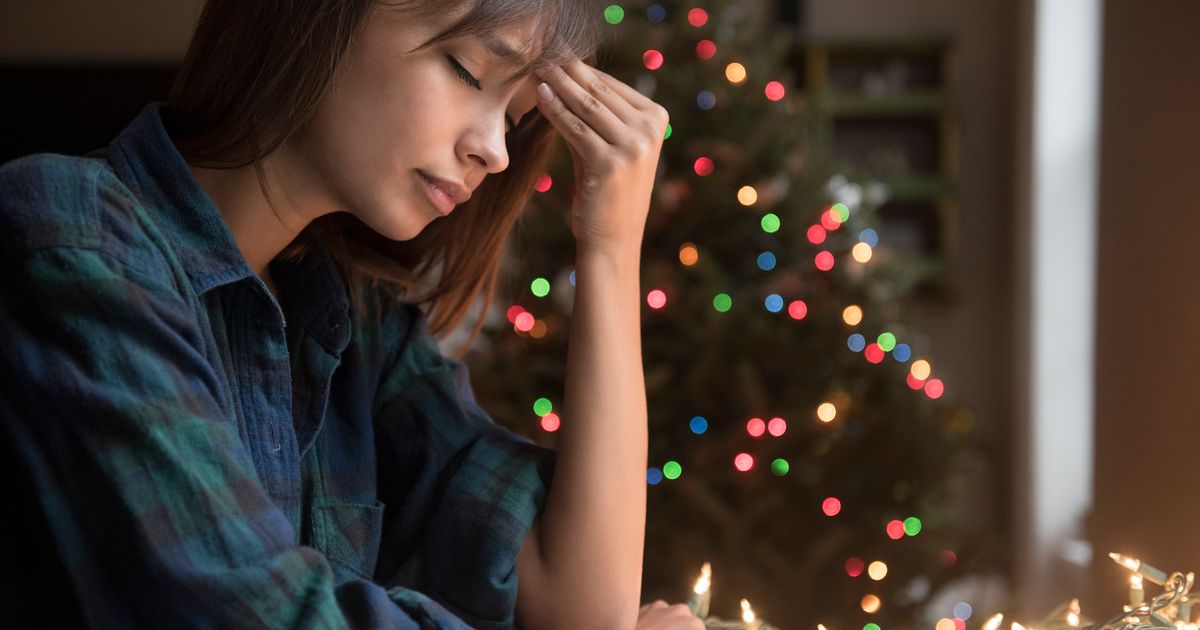 As merry as it may be, the holiday season can also be synonymous with stress. Between spending lots of money on gifts, living up to the (probably very high) expectations in your head and making time for all of the holiday events throughout the month, it’s an overwhelming season for many people.

But you’re definitely not the only one feeling this way. In fact, there are two concepts that may explain the stress you may feel at points throughout this season: A heavy mental load and excess emotional labor.

Mental load can also be called the invisible load, or cognitive labor, said Joey Trine, a licensed clinical professional counselor with Thriveworks Counseling and Psychiatry Aurora in Illinois. It captures the things you manage every day but are not writing down and checking off your to-do list. However, you’re still putting energy toward the tasks. Think: remembering to buy cookie dough for your kids’ holiday bake sale or noting that your in-laws want a certain type of gift this year.

The mental load is “basically the entire thought process that goes behind a task or behind a situation,” added Aparna Sagaram, a licensed marriage and family therapist and owner of Space to Reflect in Philadelphia, a mental health group practice that specializes in culturally sensitive services for individuals, couples and families.

Generally, the mental load often falls on one person in a relationship or in a family. (And that person in heterosexual relationships typically is the woman — though things are slowly changing, Sagaram noted.)

Emotional labor, on the other hand, is the emotional work that goes into different relationships, Sagaram said. This could look like listening to a friend when they’re upset, or managing a tough dynamic between family members.

While different, the two concepts can feed into each other or pile onto each other. Sagaram added that emotional labor — like allowing a loved one to emotionally dump on you — can eventually turn into a mental load as you continue to care for that person, just on a different, more tangible level (like taking stress off them by picking up more wrapping paper).

So, if you’re feeling a little off this holiday season, it may be the stress of both of these concepts. Here are the tasks that are likely adding to it, plus how you can cope:

Shopping for gifts adds to your mental load.

According to Sagaram, gifts take a big toll on your mental load during the holiday season. Whether you’re figuring out what to get your kids for Christmas (and hiding and wrapping the presents, if they believe in Santa Claus), deciding what to buy for your parents or picking out a gift for a work exchange, it’s exhausting to do the shopping, the planning, the wrapping and the actual gift giving.

“I think the holiday season itself brings on a lot of stress because people are trying to figure out what gifts they can give to people or how to be thoughtful,” Sagaram said. “And there’s a lot of thought process that goes behind that.”

She added that for the person carrying the mental load in a household, this task can feel pretty isolating, too, as you figure out how to make this holiday magic happen.

If you’re someone who travels to family gatherings, the seemingly simple act of planning transportation adds to your mental load, according to Sagaram. Mapping out how you’re going to get somewhere and when you’re going to leave requires research and lots of thought.

Not to mention there’s also the preparation: You have to pack your bags, pack up gifts, organize any tickets that are necessary for travel or make sure the car is in tiptop shape for a drive — it’s a lot to think about. And for the person carrying the mental load, it falls on them to make sure this is all handled.

The most festive time of the year is a time when holiday parties run rampant, adding more to keep track of for the person who carries the mental load.

Trine noted that it’s a time when your schedule probably looks pretty different than normal, so there are more social events to manage. This could involve dropping your kids off at holiday events or keeping track of the different dress codes for upcoming events.

You’ll deal with even more stress if you carry the mental load in your household and are hosting a holiday engagement, not just attending one.

In general, you’ll be asked to do more and more during the holidays, too.

Trine noted that if you’re a part of an organization like a volunteer community or a neighborhood sports league (or if your child or partner is part of a group), you’ll likely be met with more tasks around the holiday season, too. This further adds to the mental load.

“It’s a time of year when a lot of people ask for help and people feel obligated” to help out, Trine said.

This could mean helping out with a cookie drive, donating money to an organization or hosting a holiday brunch for your group. While all are worthwhile, when you already feel like you can’t handle more, it can be hard to take on this added responsibility.

And you may have to deal with uncomfortable family or friend dynamics.

Since your connection with loved ones is purely built on relationships, it falls into the category of emotional labor, which is a very real stressor for many people throughout the season (and all year).

According to Michele Tugade, professor of Psychological Science on the William R. Kenan, Jr. Chair at Vassar College, “holiday celebrations that require bringing families and friends together,” are a major contributor to emotional labor. So, all of those Christmas dinner parties or cookie-making events can take a toll.

The holiday season is a time of heightened social connection, which Tugade said can lead to emotional fatigue at work and feelings of burnout. What’s more, it can lead to problems that make it hard to enjoy the season.

“Too much emotional labor is costly to an individual. Research shows that it is related to greater levels of depression and anxiety, and heightened burnout,” Tugade said.

This can be especially true if you’re the one who everyone turns to when there’s family drama. You may feel like you need to problem-solve or manage other people’s emotions, so, by the time you’re finished helping someone else, you’re too exhausted to be present at the family gathering, Sagaram added.

People in the service industry likely deal with even more emotional labor.

Dealing with unhappy (and often rude) customers is an unfortunate reality for folks in the service industry. During the holiday shopping and dining season, it’s likely that they’ll be dealing with this more often.

In this sense, Tugade described emotional labor as “a type of performance, in a way, like ‘keeping your cool’ in the midst of escalating stress so as to get the job done.”

So, for example, a flight attendant facing a difficult customer during a busy holiday travel day may just have to smile and move on instead of showing their true emotions. “It can be cognitively and emotionally exhausting to continuously exert emotional labor,” Tugade added.

Remember that this is on top of all of your other daily tasks.

The person who carries the mental load doesn’t just get a break from their other tasks when the holiday season starts, and the same goes for people who have to listen to emotion-driven family or friend issues.

Instead, these issues build on the additional tasks and stressors that come with the holiday season, according to Sagaram.

So, if you’re the person who regularly refills the toiletries, you will probably still be that person as you also shop for holiday gifts, which further adds to the stress of the season.

To help with these feelings, take time for yourself throughout the month.

“I think we can tend to put ourselves aside more during this time,” Trine said. If you feel yourself getting overwhelmed, set some boundaries (like say no to a Christmas party you don’t want to go to) or let yourself be 10 minutes late for a social engagement if you need that extra 10 minutes just to breathe.

“Those are good things to have in your back pocket as you’re balancing the increase of mental load and emotional [labor] that comes along with the holidays,” she said.

If you carry the mental load, delegate some tasks this holiday season.

It’s not a good feeling to realize you’re the one who carries the mental load (especially as we head full-steam ahead into the holidays). But, Sagaram said you can talk to your partner to help alleviate some of the holiday mental load stress.

“If you are in a relationship, it’s really helpful to sit down with your partner and literally write out all of the tasks that need to get done,” she said.

She recommends that you create two separate lists — one for daily living and one specifically for the holiday season. Then, delegate tasks to your partner that they need to take on this holiday season.

Sagaram added that you should give your partner tasks (and you should take on tasks) that they’ll actually do, so you don’t have to spend time reminding them to complete their to-do list. It’s also important to actually give up the tasks you delegate (so, don’t check in over and over again) ― and it’s important for your partner to take them on fully.

This is short-term crisis management, Sagaram added, we’re fully in the holiday season so it’s necessary to immediately take some of the stress off. After the holiday season, you should have a larger conversation with your partner about alleviating your mental load outside of the holidays, too.

Related Topics:HolidaysMental Health
Up Next

Holiday Items That Are Secretly Dangerous For Pets

How Your Christmas Tree Impacts Your Home’s Air Quality