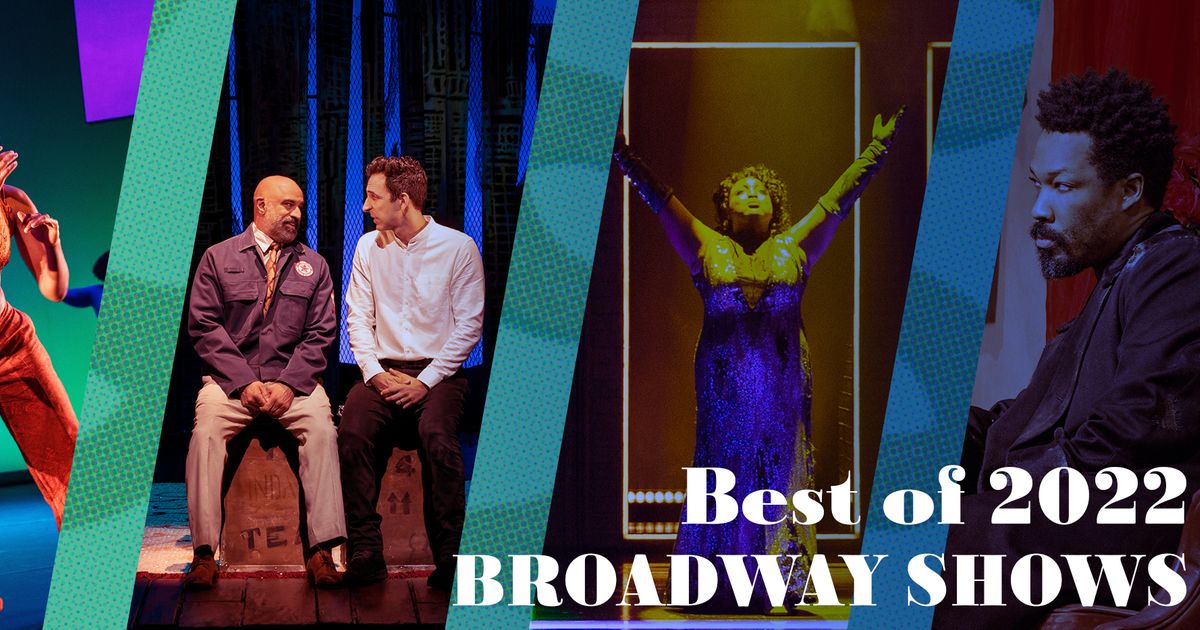 It’s been centuries since Broadway’s grand opening, and yet so many productions this year seem entirely fresh ― even those that have been revived from the past. That’s because some tap into concepts and emotions that are both timeless and timely at once, while others are unafraid to talk directly to those formerly ignored.

And then there are the ones that do both at the same time. The revived “Death of a Salesman” reimagines a classic white family drama with Black people, and “How I Learned to Drive” is a critical reminder of a pre-#MeToo reckoning.

There were also striking Broadway debuts, like the awe-inspiring musical “A Strange Loop” and the expectation-defying “The Kite Runner,” which both took deeply personal stories of pain and triumph to stir something in each of us.

Each of the greatest productions of 2022 has given us an experience that only a Broadway outing can. It’s what makes them all incredible.

The very thought of a musical centered on the late Michael Jackson is already intriguing because he meant different things to different people: the King of Pop, a brother, a predator, a weirdo, a victim. Pulitzer Prize-winning playwright Lynn Nottage ever-so-sensitively addresses each of these aspects of Jackson’s identity in a show that is as penetrating and complex as it is wildly entertaining. Anchored by Myles Frost’s textured, Tony Award-winning performance and set during Jackson’s 1992 “Dangerous” tour, “MJ: The Musical” delves into the interiority of an astoundingly talented man haunted by his own trauma and demons.

When we talk about achieving universality in the specific, this extraordinary musical by Tony Award and Pulitzer Prize winner Michael R. Jackson is what we mean. Just google “fat, Black and queer musical” and you will only be directed to this one. It’s the autobiographical story of — you guessed it — a fat, Black and gay young man (Tony nominee Jaquel Spivey) who works as a Broadway usher with big dreams of becoming a working playwright. But in order to do so, he has to sort through some familiar inner thoughts, including self-loathing, worry, financial baggage, his “corporate niggatry” and his “inner white girl.” Six dazzling queer actors bring to life each of these extensions of the protagonist, grounding the story with emotive songs, hilarity and a narrative that sits in your soul long after you’ve watched it.

There’s a pride that leaps from each verse of Ntozake Shange’s seminal 1975 choreopoem “for colored girls who have considered suicide/when the rainbow is enuf” that doesn’t get talked about enough. Tony-nominated director and choreographer Camille Brown taps into that for this exuberant Broadway revival filled with earnest expressions about everything that comes with being Black and a woman: the almost childlike joy, seemingly insurmountable trauma and sisterhood. It’s that last element that fills your heart as you watch each character, representing various aspects of a colorful whole, speak to you like a dear friend.

“Death of a Salesman”

Like other rare examples of a race-bent narrative that is actually good, director Miranda Cromwell’s “Death of a Salesman” just understands the assignment. Mining from Arthur Miller’s resonating 1949 play about a 1940s family man facing the desolation of both his career and bank account, with little to show for either, this sharp revival highlights Black experiences that we don’t see enough of on the Broadway stage. Those include the cracks in a Black family, the ruse of the American Dream for Black people and a Black son’s personal incapability of living up to his father’s vision of success. Led by a crushing pair of performances by Sharon D. Clarke and Wendell Pierce as the ill-fated parents, as well as Khris Davis and McKinley Belcher III as their sons, this production is simply unforgettable.

The best way to see Suzan Lori-Parks’ 2001 Pulitzer Prize-winning play is knowing very little about it. And yet even if you have read or seen it before, you’ll still be surprised by the way humor is infused throughout this otherwise dramatic two-hander about a pair of doomed Black brothers remarkably portrayed by Yahya Abdul-Mateen II and Corey Hawkins. They’re doomed only because the characters recognize too late that they’re living inside their own pitch-dark satire of Black life, a flawed perception of Black identity and an ephemeral hope of a three-card monte game. Complete with razor-sharp dialogue and engaging performances, “Topdog/Underdog” is exquisite.

Somehow director Giles Croft, with playwright Matthew Spangler, adapted Khaled Hosseini’s deeply complex and beloved 2003 novel and made it even more complicated on the Broadway stage — and it works. That’s in part because protagonist Amir is played as both a boy and an adult throughout two decades of his life by the same wonderful actor, Amir Arison, as is his childhood friend (Eric Sirakian). But even beyond that, “The Kite Runner” breathes new life into a heartbreaking and ultimately affirming story of a man coming to terms with a childhood decision that changed the course of a friendship in Afghanistan. It’s a narrative about morality and redemption, fear and forgiveness. And it reminds us that those paths are not always straightforward.

“How I Learned to Drive”

In the last five years since #MeToo catapulted into the mainstream, there’s been a lot of discussion around how often particularly screen narratives center the lives of sexual predators, with less detail around their survivors. That crucial fact is part of what makes this revival of Paula Vogel’s 1998 Pulitzer Prize-winning play — with the same central cast members, Mary Louise Parker and David Morse — as vital as ever. It’s a story that follows a woman grappling with the memory and damage of her family member’s long-term predatory relationship with her. Delicately directed by Mark Brokaw, “How I Learned to Drive” is another play that is made even more visceral by an adult actor oscillating between the child and adult versions of her character. And it’s a powerful reckoning you least expect.

One of the most fascinating things about Richard Greenberg’s 2002 play is that its story hinges entirely in a state of conflict. It’s about a baseball star beloved by fans of “America’s favorite pastime,” most of whom turn their backs on him once he comes out as gay. His public announcement also overlaps with and effectively dismantles a pending multimillion-dollar deal. All the while, his teammates and even a close friend feel they must contend with the possibility of someone close to them checking them out in the shower room. Director Scott Ellis’ “Take Me Out,” with its protagonist now a Black man played by Jesse Williams in a Tony Award-nominated performance, pushes against multiple stereotypes of masculinity at once while also confronting the dark stain of betrayal on many levels.

There’s a gripping feeling that something bad is about to happen in almost every moment of “Skeleton Crew.” That’s not necessarily due to any sense of suspense. It’s because Dominique Morisseau’s 2016 play simmers with both regret and a depleting sense of optimism. That sounds like a downer, but it’s deeply human in this regard. Because it shines a light on those far outside the 1%: the Black working-class people at a Detroit auto factory that’s about to have its lights turned off for good. Only some of the characters in this production, directed by Ruben Santiago-Hudson, know this is coming, though we get thoughtful reflections from each of them. Those include the expectant mother with big career aspirations (Chanté Adams), the man who sees no way out (Joshua Boone) and a queer gambler who struggles to repair a crucial relationship (Phylicia Rashad, in a Tony Award-nominated performance). You invest in the story of the “Skeleton Crew” because you think you know these characters. Or maybe you’re one of them. It just has a way of getting under your skin.