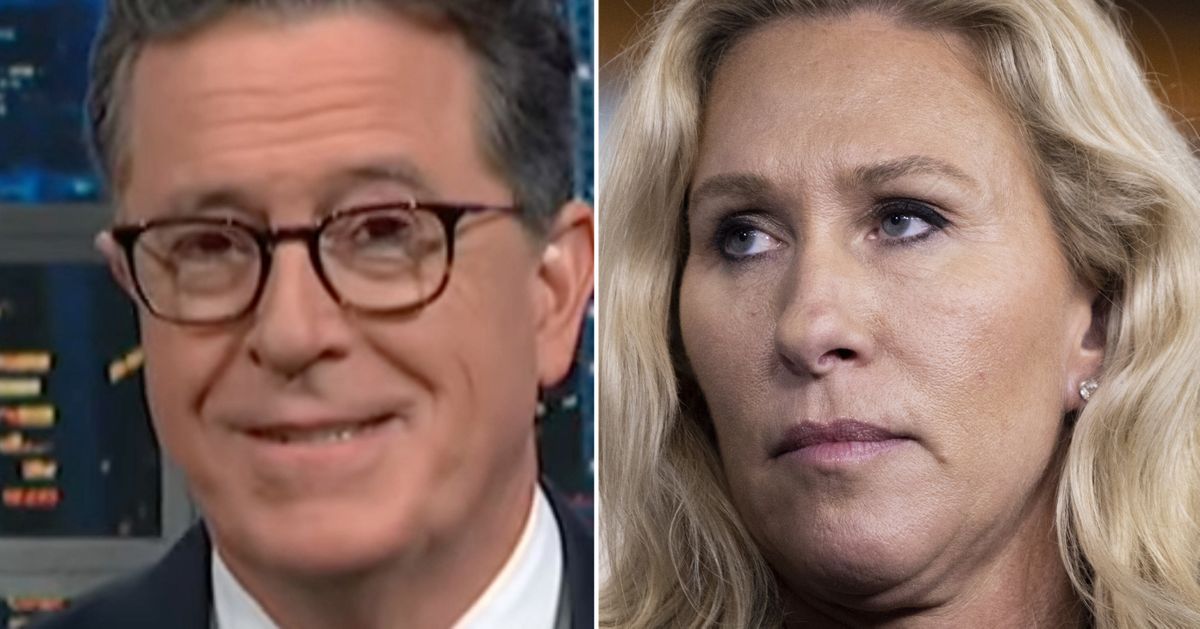 Extremist Rep. Marjorie Taylor Greene (R-Ga.) was the subject of Stephen Colbert’s mockery following her claim that the Jan. 6 insurrectionists would have won had she been an organizer.

Greene later rolled back her claim at the weekend as “sarcasm.”

But on Monday’s episode of “The Late Show,” host Colbert came with a “Jurassic Park”-themed crack.

Colbert also riffed on the failed coup by far-right extremists in Germany.