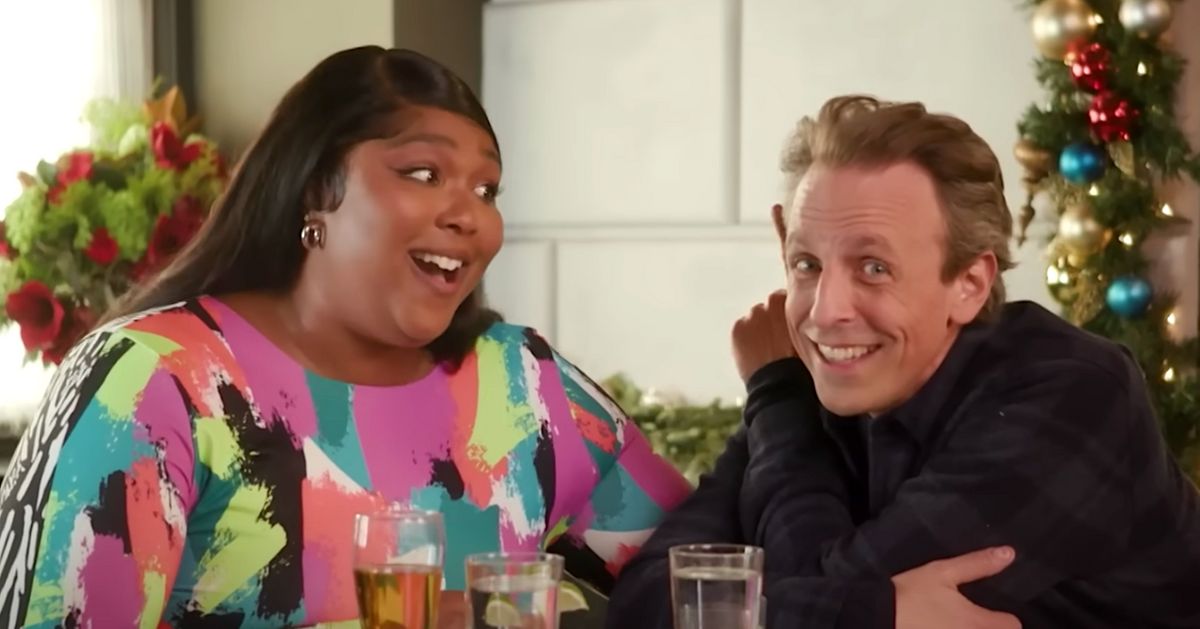 Even a soused Lizzo made perfect sense. The Grammy-winning singer told Seth Meyers during their recent day-drinking bacchanal that she demands tampons be made available for her and staff while on tour. (Watch the video below.)

In a segment that aired on “Late Night” Tuesday, host Meyers asked the “Truth Hurts” performer what the most absurd item was on her rider ― the list of entertainers’ demands for concerts. Lizzo noted it wasn’t ridiculous.

“We just travel with so many women, I put tampons on the rider,” she said. “And sometimes we wouldn’t get them. And I’d be like who the fuck?”

“As a modern man,” a drunken Meyers chimed in, “I don’t think that’s absurd at all.”

The moment was one of the more substantive in a funny segment that saw the two descend into shitfacedness. So belly up to the clip and drink in their extended happy hour. Sometimes too much Christmas cheer is a good thing.

Related Topics:LizzoNewsSeth Meyers
Up Next

Jimmy Fallon Likens The Trumps To Another Chaotic Family