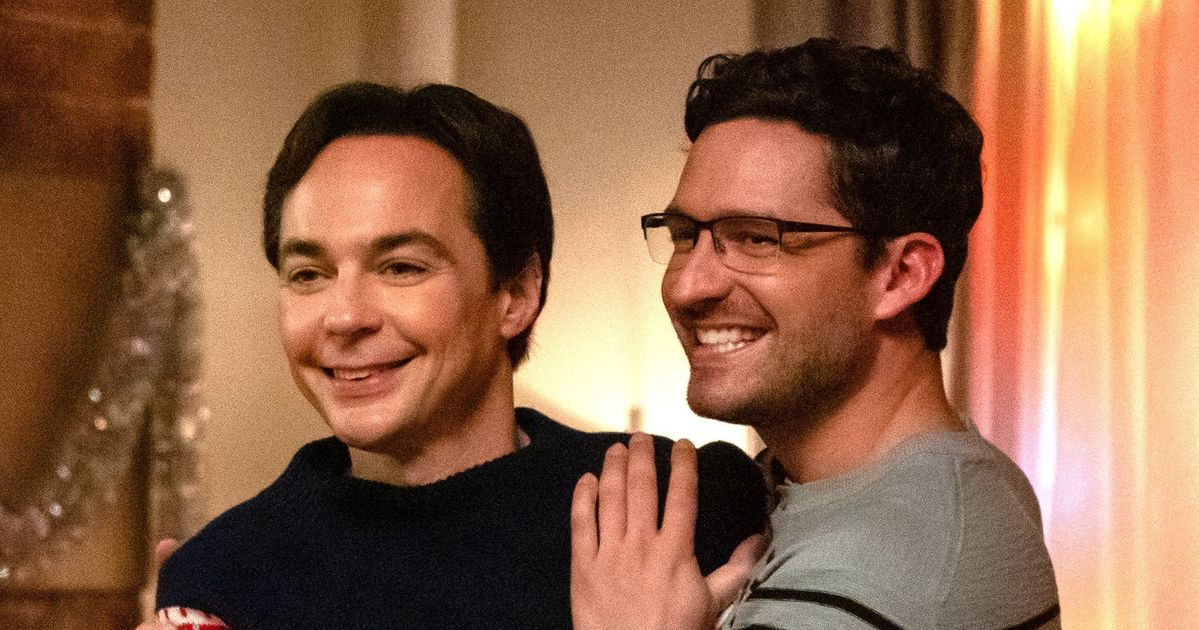 After appearing in the seminal queer dramas “The Normal Heart” and “The Boys in the Band,” Jim Parsons was eager to play a character who wasn’t “suffering at the hands of his homosexuality.”

The “Big Bang Theory” star found the role he was looking for in “Spoiler Alert,” the movie adaptation of Michael Ausiello’s 2017 memoir. The romantic drama opened in select cities Friday ahead of a nationwide release next week.

“I’m playing a guy who — in the thrust of love, excitement and romance — is on an incredible journey he can’t believe he’s there for, and then, with tragedy, is again on an incredible journey,” Parsons told HuffPost. “It’s a deep-dive journey that these two souls go on together. I felt very hungry to get the chance to portray that as best I could.”

Watch the trailer for “Spoiler Alert” above.

Directed by Michael Showalter, “Spoiler Alert” follows Ausiello (played by Parsons), an endearingly nerdy journalist who falls for an aspiring photographer, Kit Cowan (Ben Aldridge), after a dance floor meet-cute. Before long, the two men are living together and hosting dinner parties in their chic New York apartment. Their 13-year relationship is sadly tested, however, when Cowan is diagnosed with a rare form of neuroendocrine cancer.

The real-life Cowan died in 2015 at age 43, and as a love story, “Spoiler Alert” is first and foremost a tearjerker. Still, the movie offers plenty of humor and heart, most notably in scenes that recall the early days of Ausiello and Cowan’s romance. It also boasts a stellar supporting cast, including Sally Field and Bill Irwin as Cowan’s parents, Bob and Marilyn.

Ausiello, who is the founder and editorial director of the entertainment outlet TVLine, began writing “Spoiler Alert” at the suggestion of an editor at the Simon & Schuster book publishing company who had taken note of his Facebook statuses throughout Cowan’s illness.

A week after the book was published in 2017, Parsons and his husband, Todd Spiewak, approached him at a Q&A in San Francisco to tell him they wanted to adapt the book as a movie.

When it came to translating his story, the writer had just one stipulation for screenwriters David Marshall Grant and Dan Savage.

“I didn’t want the movie to portray Kit as a victim,” Ausiello, also an executive producer on the film, said. “He wasn’t a victim, he didn’t see himself as a victim and never acted like a victim. I also wanted to depict the fact that his parents showed up for their son when he got sick. They didn’t shy away from the hard stuff. They were there for their son.”

In keeping with Ausiello’s advice, Aldridge plays up Kit’s debonair charm even as his body succumbs to cancer. The actor, whose credits include “Fleabag” and “Pennyworth,” described the experience as “very life-affirming and exhilarating.”

Though “Spoiler Alert” isn’t an overtly political film, its stars are conscious of the fact that it’s being released at a challenging time for the queer community. The Supreme Court’s ultraconservative rulings on abortion and gun control as of late have sparked justifiable concerns among many Americans that LGBTQ rights, including same-sex marriage, could soon be rolled back at the federal level.

“If it changed minds, that would be incredible — I couldn’t ask for more,” Aldridge said. “But we just saw a chance to tell a story that felt real to us. Love is love, and this film is real proof of that.”

As for Parsons, his biggest takeaway from “Spoiler Alert” is personal.

“As we were filming, I realized that one of the most painful things in my life is something I do to myself, which is not telling other people when I love them or when I care about them for fear of rejection or for fear of looking sentimental or caring more than might be cool,” he said. “It’s important to risk rejection and risk heartbreak to live your fullest life.”