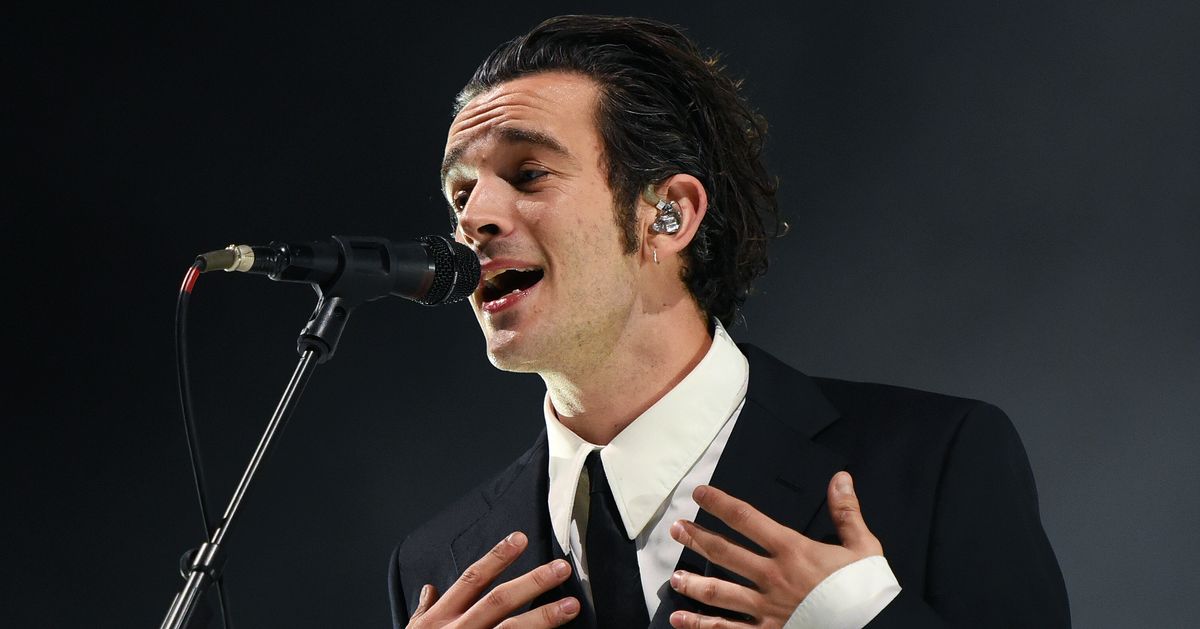 Even an oral rebuke can sound like a chart-topping hit when it’s being delivered by musician Matty Healy.

The frontman of British pop-rock band The 1975 caused an online stir over the weekend after reprimanding security guards at a recent concert for not coming to the aid of a possibly injured fan.

Footage of the incident, which reportedly took place at the band’s Nov. 23 performance in Phoenix, shows Healy alerting staff at the Arizona Financial Theatre that an audience member had fallen during his band’s performance of the song “I Like America & America Likes Me.”

“Someone’s fallen down over there,” he proclaims in the clip, which was previously shared by Entertainment Weekly and People, among other outlets. “Go and fucking sort ’em out. Stop standing there like a bunch of dickheads.”

Those who weren’t listening carefully, however, may have assumed Healy’s expletive-laden plea was a part of the show, as he addressed the situation in robotic-sounding auto-tune and didn’t break from the song’s melody.

As of Monday afternoon, Healy’s onstage critique had been viewed on TikTok more than 880,000 times.

“The fact that he’s simultaneously being both obnoxious and considerate is so him,” one person wrote, while another added: “I truly cannot believe I was there to witness this.”

The 1975 is currently touring in support of their latest album, “Being Funny in a Foreign Language.” In true rock star fashion, however, Healy has been generating buzz for the tour with his antics, which include eating a slab of raw steak and kissing a male fan onstage.

Speaking to The New York Times in September, Healy opened up about what he described as his band’s “cringe rule,” noting: “We’re not embarrassed by much.”

Related Topics:MusicNewsthe 1975TikTok
Up Next