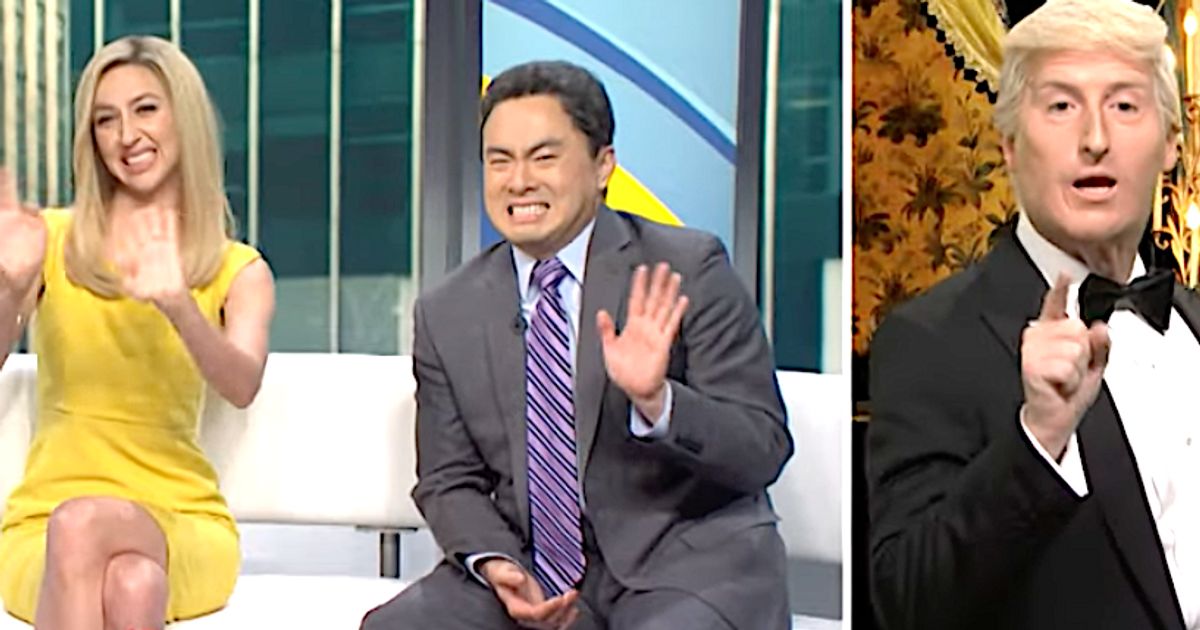 “Mr. President, we have moved on. We can’t have you on the show anymore,” Heidi Garner’s Ainsley Earhardt chirpily informed a crestfallen “Donald Trump” on “Saturday Night Live’s” version of “Fox & Friends.”

“What? What did I do?” the dumped Trump (James Austin Johnson) asked after his endorsed candidates bombed in the midterms. “Was it the insurrection?”

Trump desperately promised a “big announcement” if the Fox crew would just please, please keep paying attention to him in the cold open. He even blew off his daughter Tiffany’s wedding (“Missed it!”) for some more air time.

“He’s dead to us per a company-wide email,” Bowen Yang’s Brian Kilmeade noted to his co-hosts.

One candidate still hanging in there was Cecily Strong’s Kari Lake (who in the real world was trailing Democrat Katie Hobbs in the race for Arizona’s governor on Saturday night).

“It’s my belief that the election is rigged and the results should be thrown out,” “Lake” told the “Fox & Friends” crew.

But told she was suddenly in the lead she pivoted: “Which is why I have always said, this is a democracy. Trust the system. Trust the voters.”

She vowed to wait “until every ballot is counted — and then some votes are taken away.”

If it didn’t work out for her, “Lake” promised: “I’ll burn Arizona to the ground.”