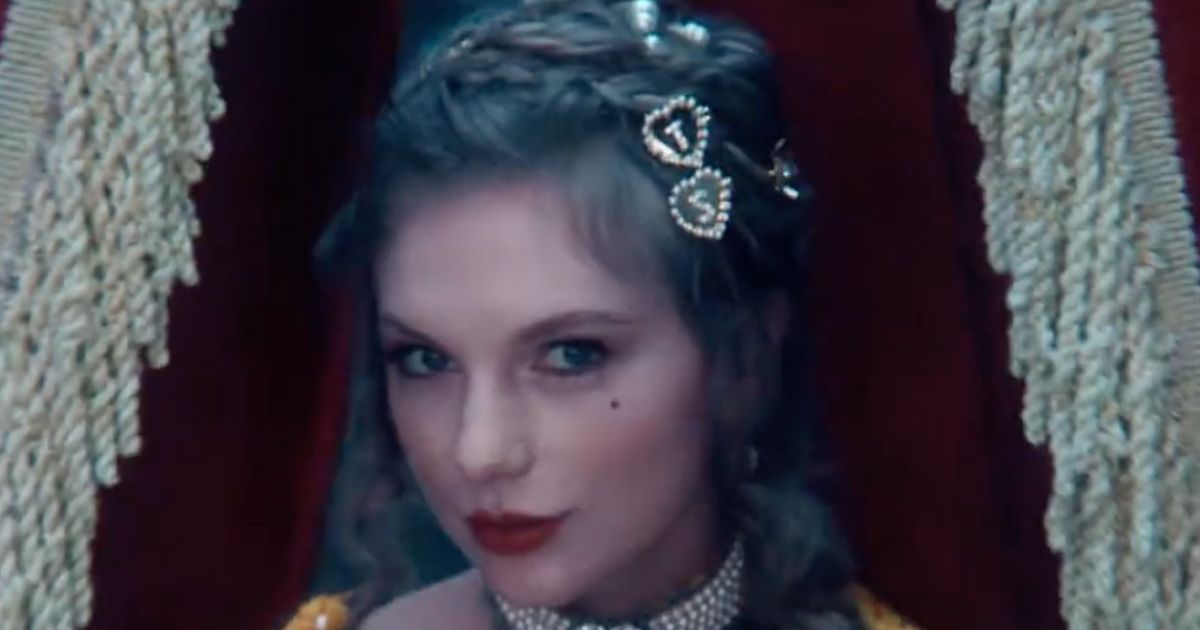 Singer-songwriter Taylor Swift offered a taste of the visuals from her new album “Midnights,” and her fans are already noticing the parallels to her past.

Although Swift released “Midnights” on Friday, she teased parts of the music videos for the album during a “Thursday Night Football” broadcast.

Swift, who worked with “All Too Well: The Short Film” cinematographer Rina Yang on the videos, could be seen puffing out a purple cloud of smoke in the shape of a clock, wearing jewelry-laden dresses and attempting to smash a guitar in the teaser.

The visuals star a number of celebs, including actor Laura Dern, musicians the Haim sisters and model Laith Ashley.

Swifties worldwide, including Twitter user @ThrowbackTaylor, were quick to find moments in the teaser that appeared to allude to the singer’s past visuals and music. This included an apparent reference to Swift’s song “The Archer,” a shot of a castle that seemingly goes back to her video for “Love Story” and a colorful ensemble akin to looks from Swift’s “Lover” era.

Others, including Twitter user @TSwiftNZ, pointed to a koi fish guitar Swift previously used and a hooded look that was similar to the garb she wore in the video for ”…Ready For It?”

The visuals from the “Midnights” teaser aren’t the only thing fans think is tying the new album to Swift’s past. Twitter account @ThrowbackTaylor put lyrics from past Swift songs up against tracks from the new album and the new records ― including “Anti-Hero” and “Sweet Nothing” ― to reveal similar themes.

“Midnights is a collage of intensity, highs and lows and ebbs and flows,” Swift wrote. “Life can be dark, starry, cloudy, terrifying, electrifying, hot, cold, romantic or lonely. Just like Midnights. Which is out now.”