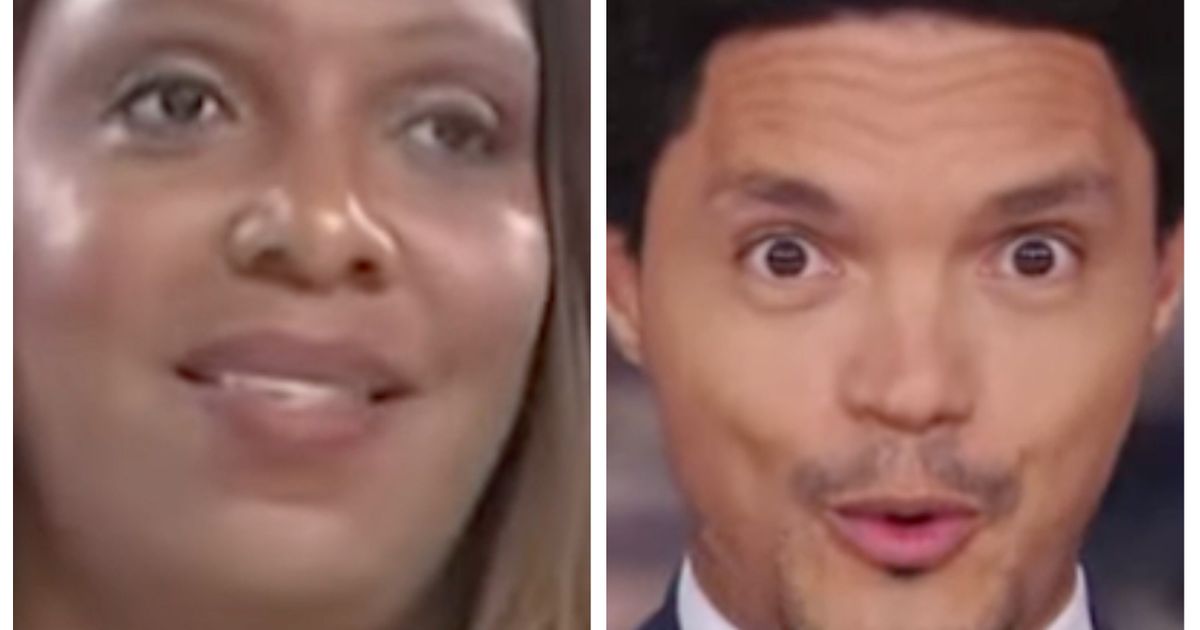 First, James announced the lawsuit, which accuses Trump of “astounding” fraud in vastly inflating the worth of his assets to cheat lenders and tax authorities. The civil suit aims to bar the family from conducting business in New York and asks for $250 million in restitution.

“Claiming you have money that you do not have does not amount to the art of the deal; it’s the art of the steal,” James said, a reference to Trump’s book “The Art of the Deal.”

Noah couldn’t resist dropping a rhyme of his own.

“Donald Trump is in trouble now,” the comedian said. “Because when a prosecutor uses a rhyme, you’re about to do time!”

Noah noted that if half of what James alleges is true, “Trump is an even bigger con man than we all thought.”

Fast-forward to 2:38 for the segment: