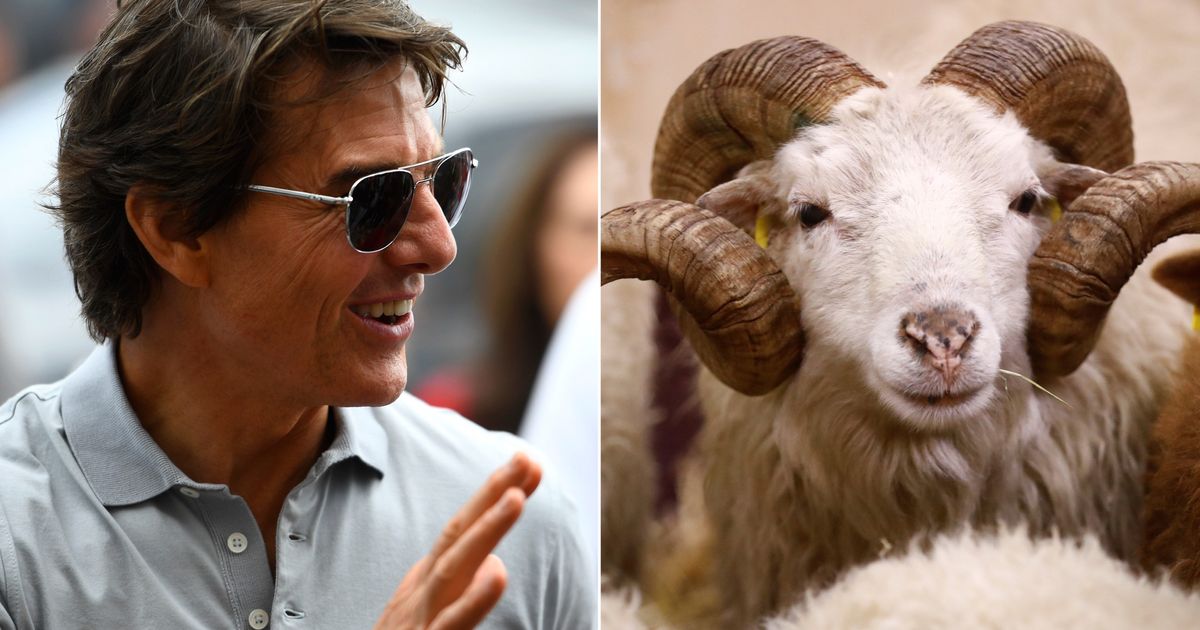 Tom Cruise, arguably one of the most famous movie stars on the planet, briefly became a sheepherder Wednesday.

The 60-year-old actor was in the middle of filming a sequence for “Mission: Impossible ― Dead Reckoning ― Part Two” in England’s Lake District when a massive flock of sheep invaded the set, according to PageSix. Filming stopped as Cruise laughingly made way for the animals to pass.

Though a release date for “Mission: Impossible 8” has yet to be announced, the seventh installment wrapped in September 2021. The first part of “Dead Reckoning” will hit theaters in July 2023.

Cruise, who jumped directly from one production to the next, has also stopped for tourists in the Lake District.

Adam Wheeler and Lucy Hinch from Barnard Castle were vacationing in the area and walking their dog, Blitz, when they encountered Cruise on High Cragg mountain, according to The Northern Echo. Cruise was about to paraglide from the summit when he took time to pose with his starstruck fans.

“He was nice and polite and really humble,” Wheeler told the local media outlet. “He was making sure everybody who wanted to got their photos with him. We were the last ones to get his picture, and then he just paraglided off the mountain back to his camp next to Buttermere.”

“He was doing all his own stunts,” Wheeler added. “He was being flown up by one helicopter and then another would film him paragliding down. We saw him going down several times.”

Cruise stars as “Impossible Mission Force” agent Ethan Hunt in the action movie franchise and has been filming scenes for the eighth film since July. Wheeler said he’s seen a few of the films but “definitely” plans to catch up now that he’s met the star.

“It was a real pleasure meeting one of the most famous Hollywood celebrity actors out there — one of the richest as well,” Wheeler told The Northern Echo. “It was not what we expected while out walking on the fells.”

‘The Phantom Of The Opera’ To Close On Broadway Next Year