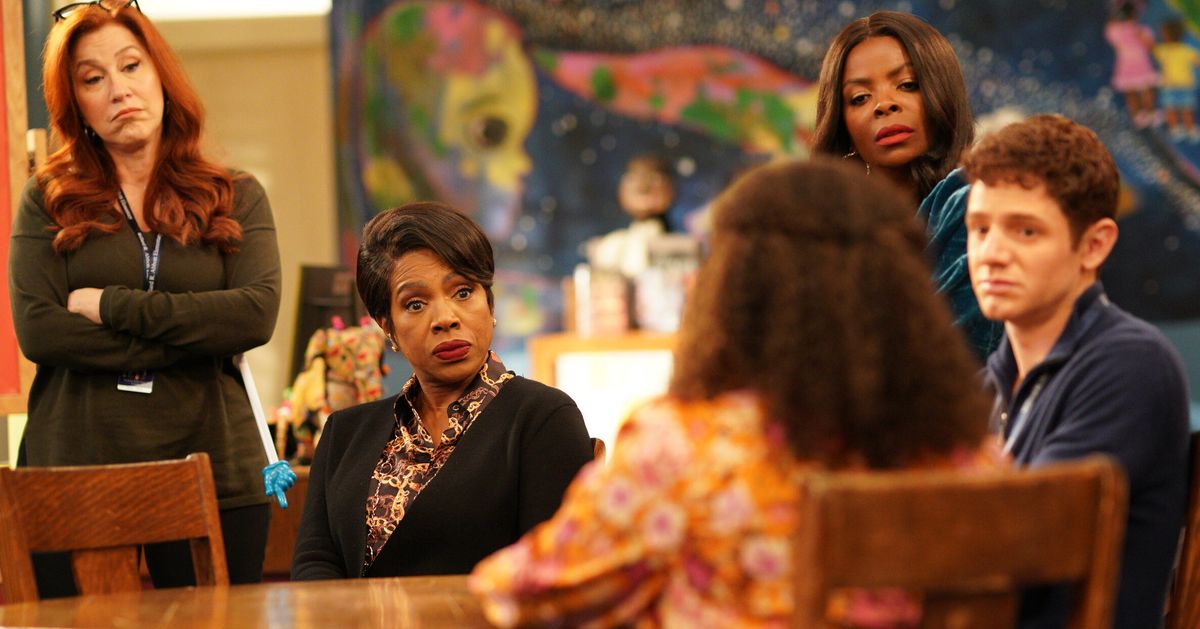 You shouldn’t have to read this piece. And, for what it’s worth, I didn’t want to write it. But it seems Emmy voters have decided to go the way of the status quo and not award one of the most beloved sitcoms of the year, “Abbott Elementary,” with the best comedy series trophy Monday night.

But its loss shouldn’t be all that surprising. After all, it’s kind of the Emmys’ thing.

The Emmys, in its 74 years, has typically seen the success of a Black female-led show and either ignored it entirely or nominated it with no intention of actually awarding it.

Surely you remember just last year, when Michaela Coel’s “I May Destroy You,” the most acclaimed series of its voting period, lost seven of its nine nominations, including one for Coel’s performance and for best limited and anthology series.

And even this year, when Issa Rae’s “Insecure,” which had a nearly immaculate final season and lost all three of its nominations, including one for her performance. And because that was its swan song, this was its final opportunity. Not to mention, “A Black Lady Sketch Show,” helmed by Robin Thede, lost out to “Saturday Night Live” for best variety series.

These are the most recent Emmy losses, but they follow in a long line of Black female-led shows that weren’t even part of the conversation. Series like “Queen Sugar” and “American Crime” were continually overlooked. Shonda Rhimes’ “Scandal” was never even nominated as a series. Its star, Kerry Washington, lost for best actress two years in a row.

Going back much further, the Diahann Carroll-starring “Julia” was nominated beginning in 1969 with not a single win.

Truthfully, Monday night’s Emmys were shaping up to go this way. Not just because of, well, history, but also because of all the Black talent that was winning so early in the show. Quinta Brunson won for writing the pilot of “Abbott Elementary.” Jerrod Carmichael won for outstanding writing for a variety special (“Rothaniel”).

I can go on: “Lizzo’s Watch Out for the Big Grrrls” won for best competition program. Zendaya won a second time for best lead actress in a drama series for “Euphoria.” Sheryl Lee Ralph won for best supporting actress in “Abbott Elementary.” It was starting to get a little too Black for the Emmys, I suppose. And maybe they felt that they were reaching their unspoken quota.

It was just enough to garner those coveted “So-and-So Makes History” headlines voting bodies love so much, but not too much that they forget their institution upholds whiteness when it matters to them most.

That’s not to say that “Ted Lasso,” which actually won for best comedy series, has majority whiteness going for it. It is also a very adored show that has legions of dedicated fans. It’s just that it’s safe. And awarding it is, simply put, unchallenging to a landscape that the Television Academy — and many other mainstream awards committees — have strived to protect.

And that’s a sad truth that we don’t talk about enough.

“Abbott Elementary” — like the winning series, actually — is also largely about nice people trying to do the right thing but in hilarious ways. But it doesn’t center whiteness or white people, nor does it fall into the many themes of trauma and racism that white voters love to shower with awards.

It’s plainly a show about people across the racial spectrum trying to uplift the next generation inside a classroom, hilariously so.

Maybe in its freshman season, that’s not enough. Or maybe it is — and that’s what the Emmys aren’t ready to handle.

Jennifer Coolidge Wins First Ever Emmy, Opts To Dance While Getting Played Off