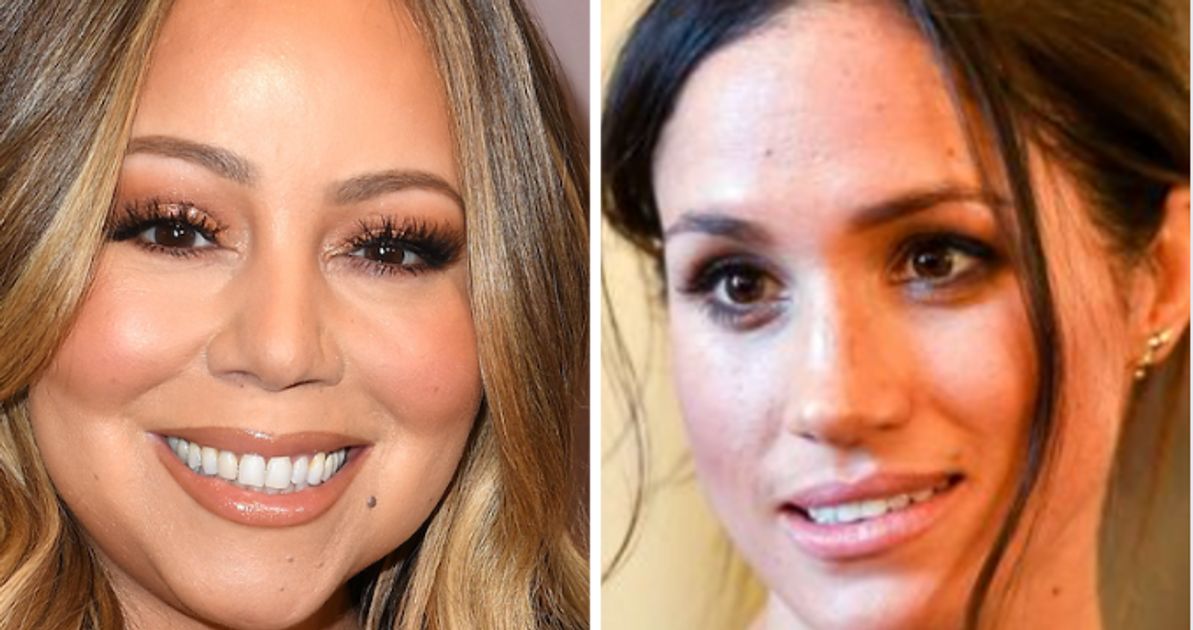 Meghan Markle’s new podcast, “Archetypes,” is all about diving into “the labels that try to hold women back.”

And this week, the royal came face to face with her own misconceptions about the word “diva,” when self-proclaimed diva Mariah Carey used the term to describe the Duchess of Sussex in real time.

During a conversation on the second episode of Meghan’s new Archewell Audio and Spotify series, Carey said that she sometimes uses the term “diva” for “laughs,” before praising the royal as a “diva” in her own right ― leaving Meghan confused.

“I think that’s really important for people to remember ― that there might be this persona, and yes, the ‘diva’ thing we can play into,” Meghan said during the chat.

“I mean, it’s not something I connect to, but for you, it’s been a huge part of your ―” the royal started to say, before the singer interjected.

“You give us diva moments sometimes, Meghan,” Carey said. “Don’t even act like…”

“I do? What kind of diva moments do I give you?” the duchess asked, laughing.

“The visual, a lot of it’s the visual,” Carey said.

“Well, I know,” the “Always Be My Baby” singer continued. “But let’s pretend that you weren’t so beautiful and didn’t have the whole thing and didn’t often have gorgeous ensembles ― you wouldn’t maybe get as much ‘diva’ stuff.”

At the end of the podcast, Meghan explained how she’d felt in the moment when Carey described her as a “diva.”

“It was all going swimmingly ― I mean, really well ― until that moment happened,” Meghan said. “I don’t know about you, but it stopped me in my tracks when she called me a diva.”

“You couldn’t see me, obviously, but I started to sweat a little bit. I started squirming in my chair in this quiet revolt,” she went on. “That’s not true! Why would you say that? My mind genuinely was just spinning with what nonsense [Carey] must have read or clicked on to make her say that.”

“I just kept thinking in that moment, Was my girl crush coming to a quick demise? Does she actually not see me?” the royal said.

But Meghan explained that she eventually realized Carey was paying her a compliment.

“She must have felt my nervous laughter, and you all would have heard it too. And she jumped right in to make sure I was crystal clear,” Meghan said. “She meant it as ‘chic,’ as ‘aspirational.’”

“She meant ‘diva’ as a compliment, but I heard it as a dig,” Meghan said.

The Duchess of Sussex’s first Spotify project is expected to include 12 episodes in total. The first episode featured tennis icon Serena Williams, a friend of the former “Suits” actor.

Next week, audiences will get to hear from actor, writer and producer Mindy Kaling, who was featured in a clip at the end of Tuesday’s episode.

Not all of the guests have been revealed, but audiences can also expect to hear from talk show host and comedian Ziwe Fumudoh, who was heard in a clip during the first episode.