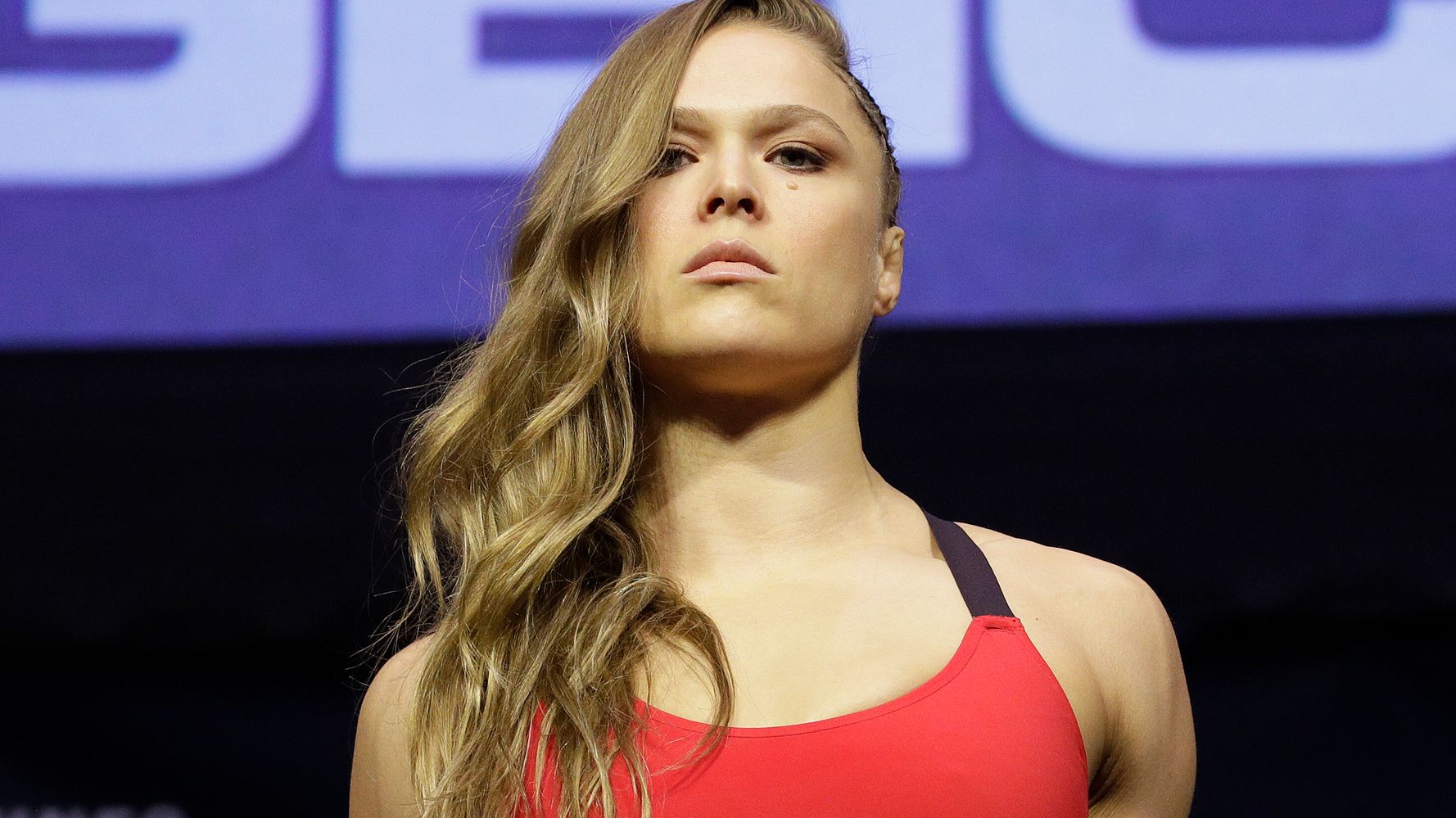 Ronda Rousey appears to be in hot water with the WWE.

The professional wrestling organization said it has suspended the former Raw and SmackDown Women’s Champion indefinitely after she attacked an official at the WWE SummerSlam.

At the 35th annual live event in Nashville on Saturday, the 35-year-old wrestler lost the women’s title match to Liv Morgan.

And then she seemed to lose her temper.

After being defeated, Rousey complained that her opponent tapped out before being pinned. She blamed referee Dan Engler over an apparent failure to spot Morgan tapping out, according to the WWE.

The mixed martial artist then grabbed Engler’s arm and flipped him to the floor, pinning him until another official stepped in to end the scuffle, footage of the incident showed.

“Rousey’s going to be fined, or perhaps worse,” a WWE broadcaster verbally surmised as the altercation unfolded at Nissan Stadium.

The WWE released an official statement on Tuesday announcing that Rousey “has been fined an undisclosed amount and will be suspended.”

“An irate Rousey attacked the official after her SmackDown Women’s Title Match, claiming he missed Liv Morgan tapping out to the Armbar while he counted the pinfall,” the statement said.

In the combat sport, performers are known to stage pre-planned incidents that lead to suspensions in order to take time off, according to People.

While the WWE hasn’t announced how long Rousey’s suspension will last, she will not appear on this week’s episode of “Friday Night SmackDown,” according to the company’s statement.

However, Wrestling Observer Radio reported that Rousey is set to face off in WWE’s “Clash at the Castle” exactly one month from today.

On Monday, Rousey bashed the WWE on her Instagram, calling her opponents “your golden girls,” alongside a series of photos from her match against Morgan.

“Hey [WWE] if you guys could stop screwing me to put over your golden girls at every major ppv that’d be greaaaaaat,” she captioned her post.

The fighter also retweeted a post from WWE television host Greg Miller, in which he accused Rousey’s opponent of having “won the championship by taking advantage of the situation and retained it by being a cheating coward.”

The former World MMA Awards Female Fighter of the Year has been suspended in the past.

In June 2018, the WWE suspended Rousey from “Monday Night Raw” for a month after she attacked wrestler Alexa Bliss and “Raw” general manager Kurt Angle.

The professional wrestler also attacked multiple referees, according to the WWE at the time.

HuffPost has reached out the WWE for further comment.

The Sims 4 Update Accidentally Enabled Incest — And Gamers Are Outraged