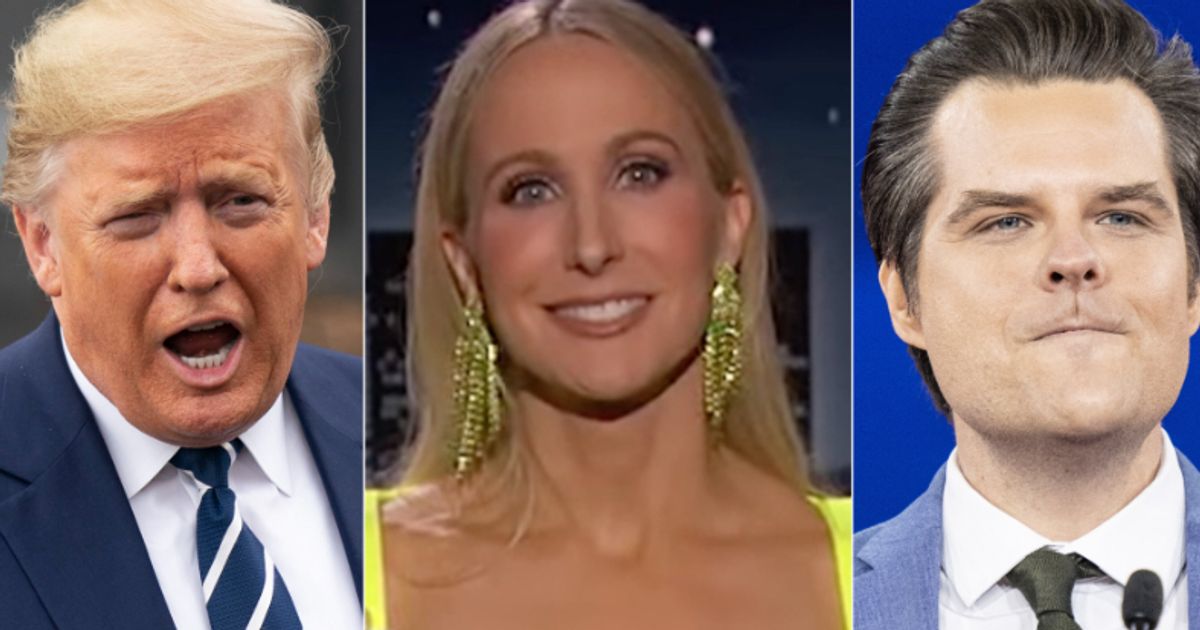 Glaser has had memorable roles in multiple roasts, including the Comedy Central fetes of Alec Baldwin, Bruce Willis and Rob Lowe.

And in the spirit of those events, she dropped a “speed roast” during her monologue aimed at some of the biggest names in U.S. politics over five rapid-fire minutes.

“What can you say about Donald Trump that he hasn’t already heard at this point?” she wondered. “Oh, I know! ‘Yes I’d love to have sex with you.’”

Someone in the audience cried out: “EW!”

Another moment came in the form of a PSA.

“I know we’re having fun right now, but on a serious note I do want to say Kamala Harris is still missing,” she said. “If you have any information on her whereabouts please contact her parents. They miss her. We don’t, but they do.”

She declined to mock the looks of House Speaker Nancy Pelosi (D-Calif.) because “I actually think the embalmers did a really good job,” and she said an image of Senate Minority Leader Mitch McConnell (R-Ky.) “makes me drier than a Mormon wedding.”

But she saved some of her harshest lines for extremist GOP lawmakers, including Sens. Lindsey Graham (S.C.) and Ted Cruz (Texas), as well as Reps. Matt Gaetz (Fla.) and Marjorie Taylor Greene (Ga.).

Her jokes about Gaetz made reference to an investigation into whether he and others paid for sex at drug-fueled parties involving a 17-year-old girl, which he denies.

“Look at him: What a ladies’ man, right?” she said. “No, I’m sorry, I mean, what a child’s man … You’d think he’d have better hair for someone so good at grooming.”

Megan Thee Stallion Reveals She Would Have Sex With Yung Miami: ‘I Like You’