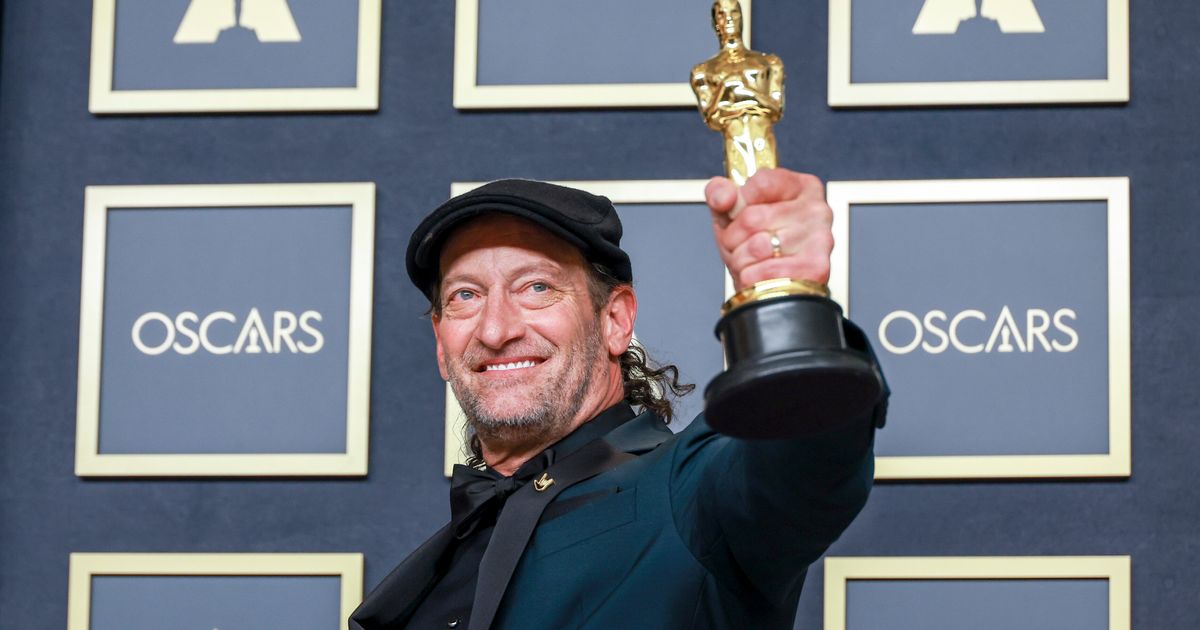 Celebrities, they’re weird about where they keep Oscars!

Kate Winslet once stored hers in the bathroom. Catherine Zeta-Jones placed the statuette in a Bermuda vacation home, and Natalie Portman hasn’t seen the little gold man in years.

But leaving an Academy Award in your Jeep is decidedly more precarious, which “CODA” star Troy Kotsur learned the hard way when his car went missing over the weekend ― along with his Best Supporting Actor trophy.

The actor alerted Arizona police on Saturday that someone had stolen his car, where he was apparently keeping the award, according to multiple reports. It was returned hours later.

“Once Mr. Kotsur notified the department of the theft, officers began their investigation and through investigative techniques, they located the vehicle with two juvenile male suspects inside,” the Mesa Police Department shared in a statement, per Today.

“Mr. Kotsur had his vehicle returned to him to include all the property that was inside,” the statement concluded.

In a now-deleted tweet, Kotsur posted a photo with the officers who located the vehicle to express his gratitude.

“A little kid stole my Jeep while I have Oscar award in my Jeep. The city of Mesa, Az found my Jeep and Oscar award too! Thanks!” he wrote, according to Deadline.

Authorities said that two boys admitted to the crime and were charged with theft of means of transportation. They weren’t identified because they are minors and the case will be handled by the Maricopa County Juvenile Court System.

Kotsur grew up and lives in the Phoenix suburb, which awarded him the keys to the city Thursday. He apparently brought the award with him to the special ceremony, per Deadline, and kept it in his vehicle for days.

The actor made Oscars history in March when he became the first deaf man to win an award — for his performance in “CODA,” which also took home the prize for Best Picture.

Kotsur starred in the film as a deaf father and fisherman, who ― along with his wife and son (played by deaf actors Marlee Matlin and Daniel Durant) ― depends on his daughter Ruby (Emilia Jones) to be their interpreter.

“I just wanted to say that this is dedicated to the deaf community, the CODA community and the disabled community. This is our moment,” Kotsur said in an emotional acceptance speech that referred to the community of Children of Deaf Adults, for which the film is named. “This is our moment.”

He also won a BAFTA, SAG, and Critics Choice Award for his performance in the acclaimed Apple TV+ film.

Kotsur can next be seen in an upcoming Disney+ series that tells the true story of a deaf high school football team.

Adele Reveals The ‘Worst Moment’ Of Her Career Happened This Year