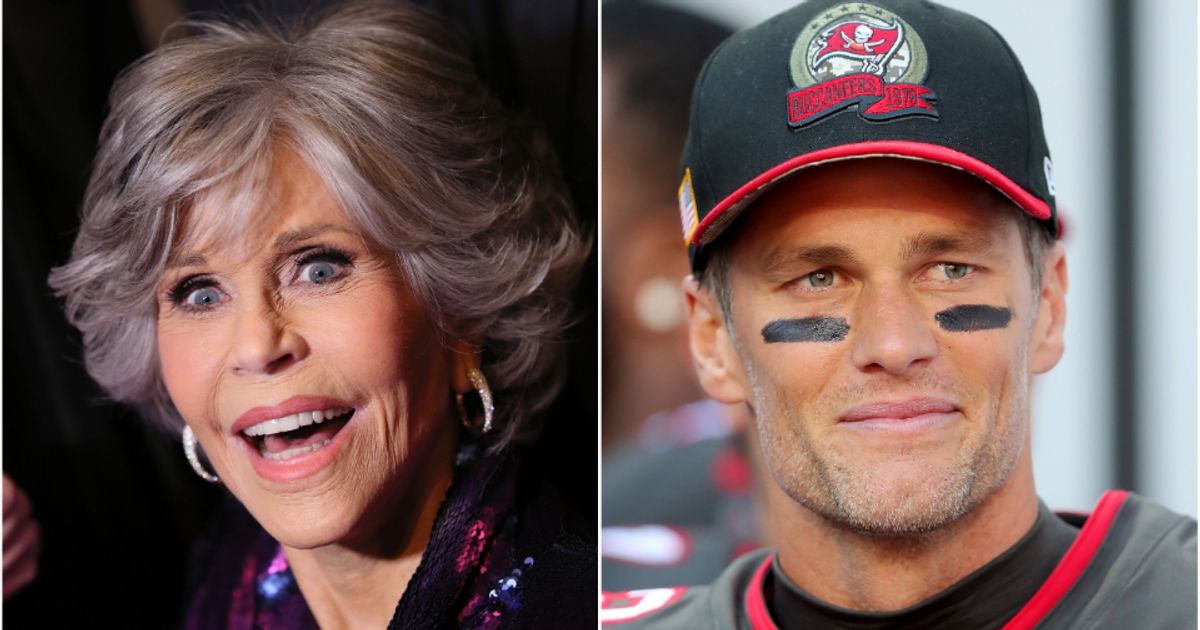 While attending the premiere of their upcoming film “80 for Brady” on Friday, the Oscar winner told The Hollywood Reporter that she was “completely starstruck” after laying eyes on the 7-time Superbowl champion and meeting him for the first time.

Detailing how her “knees actually got weak” when the Tampa Bay Buccaneers quarterback, who makes a cameo in the film, walked into her trailer, she raved about being “in awe of that kind of skill.”

The Oscar winner added, “When somebody is the best in the world at what they do, you have to honor that and respect it.”

“He was kind and humble, which is hard to believe considering how brilliant he is at what he does, but it’s true,” Fonda told the outlet of Brady at the Palm Springs International Film Festival. “He was also sweet and polite.”

Speaking to Variety recently, the star called Brady “so gorgeous,” adding that she had to “hold onto something” upon meeting him after being stunned by his looks.

The sports comedy flick is “inspired by the true story of four best friends living life to the fullest when they take a wild trip to the 2017 Super Bowl LI to see their hero Tom Brady play,” according to the film’s official synopsis.

Produced by Brady and his company 199 Productions, the star athlete dished out his own kind words about Fonda and the rest of his costars in November.

“The opportunity to work alongside these four amazingly talented women has truly been a once-in-a-lifetime experience,” he told People at the time. “Not only are they true professionals and experts at their craft, but they are even better people, and it was an honor to be on set with them.”

Directed by Kyle Marvin, “80 for Brady” is set to release in theaters on Feb. 3.