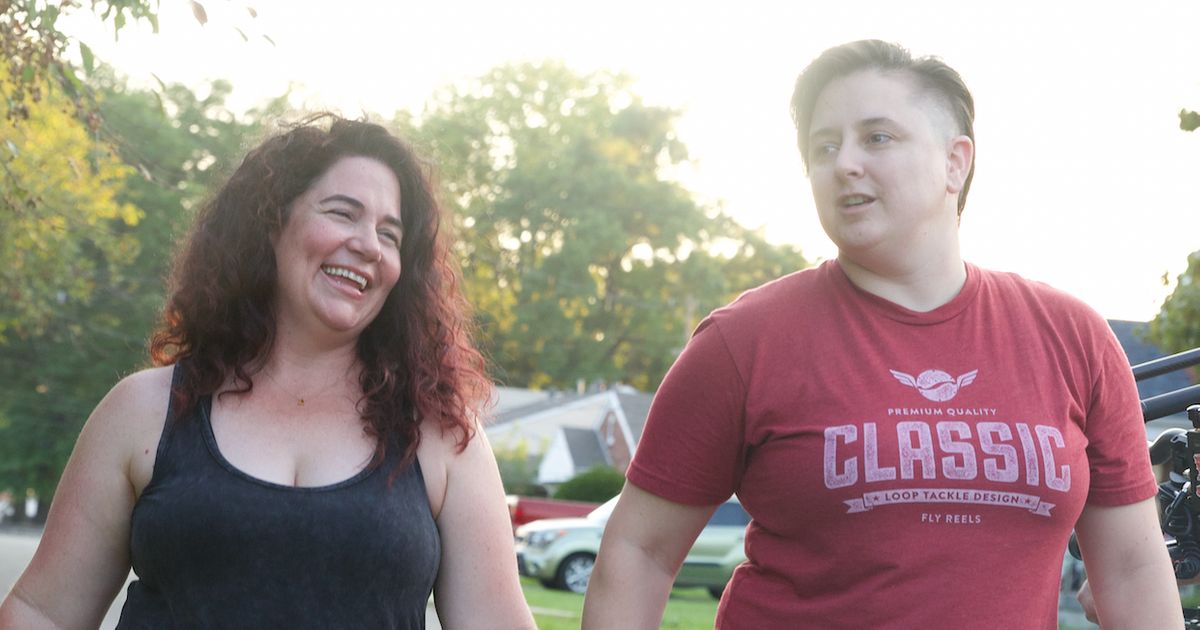 Filmmaker Zach Meiners is hoping to shed light on the covert and often deadly methods involved in so-called gay conversion therapy with a stirring new documentary.

HuffPost caught a sneak peek at “Conversion,” which will be screened at Chicago’s Landmark Century Centre Cinema on Jan. 12, via the clip below. In it, LGBTQ rights activist Elena Joy Thurston recalls how her attempts to reconcile her queer sexuality with her Mormon faith drove her to seek out a “cure” for same-sex attraction.

“At 20, I got married. By 30, I’d had four kids,” Thurston explains. “We had a great friendship and a great marriage … but my youngest went off to school, and all of a sudden, I had six hours a day to think for myself and I was having these crazy thoughts, like: ‘I don’t actually like my life.’ Which couldn’t have been a possibility because I had worked so hard for so long to create that life. So I had to get away from those thoughts.”

Watch a clip from “Conversion” below.

Viewers may recognize Thurston, the founder of an LGBTQ advocacy group known as the Pride and Joy Foundation, from her 2019 TED Talk about her experience with conversion therapy.

In addition to Thurston, “Conversion” puts the spotlight on a number of other survivors, including Dustin Rayburn ― better known as “RuPaul’s Drag Race” veteran Dusty Ray Bottoms ― and Meiners himself.

Conversion therapy, sometimes referred to as “reparative” therapy, is an unfounded and harmful treatment that attempts to change an LGBTQ person’s sexuality or gender identity. It has been explicitly discredited by the American Psychological Association and other top medical groups.

At present, 20 U.S. states have banned the practice of conversion therapy ― which has been known to treat LGBTQ identity as an addiction, not unlike drugs or alcohol, and with electroshock therapy ― on minors. And in June 2022, President Joe Biden signed an executive order directing the Department of Health and Human Services to explore guidance that will clarify that federally funded programs can’t offer conversion therapy.

However, the practice continues to be promoted within conservative religious communities. A 2019 report by the Williams Institute at University of California, Los Angeles, School of Law, estimated that 698,000 LGBTQ Americans between ages 18 and 59 had undergone conversion therapy at some point in their lives. About 350,000 of those received that treatment as adolescents.

A Kentucky native, Meiners originally envisioned “Conversion” as a five-minute short film. Once he began getting in touch with more people who shared his experiences with conversion therapy, however, he realized he had enough material for a feature-length documentary.

“When I found out that the conversion therapist from my childhood was still actively practicing in my hometown, I was incredibly shocked,” Meiners told HuffPost.

The film had its world premiere at the 2022 Portland Film Festival last fall, where it was warmly received. In December, New York-based critic Joshua S. Mackey praised the documentary as “more than a film, it’s a catalyst for change.”

Conversion therapy has previously been dramatized ― to varying degrees of success ― in big-screen movies like “Boy Erased,” “The Miseducation of Cameron Post,” and last year’s Kevin Bacon-starring slasher “They/Them.”

Calling his film’s production “a healing and empowering process,” Meiners wants “Conversion” to be set apart from its Hollywood predecessors as a vehicle to encourage survivors “to voice change, and know that they are not alone.”

“Conversion therapy nearly destroyed my life,” Meiners said, “and I knew I had to do something to stop it from happening to other people.”