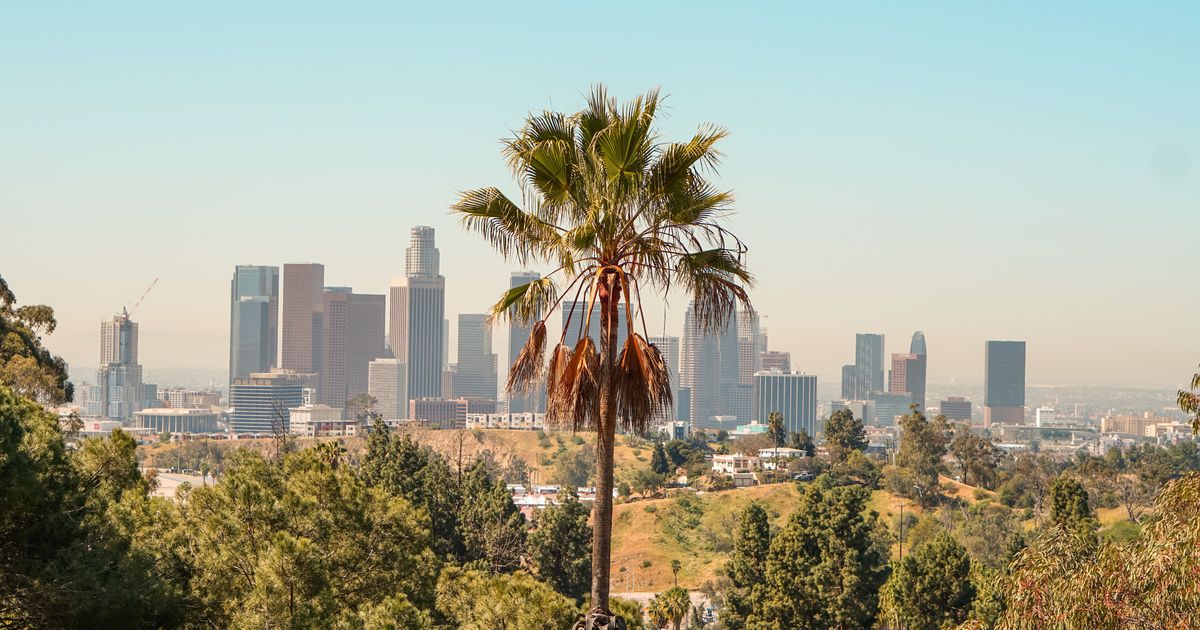 When you think of iconic American cities, Los Angeles inevitably comes to mind.

The City of Angels is one of the most popular destinations in the United States — and for good reason. Whether you’re looking to see movie stars at trendy restaurants or gaze at stars in the sky from the Griffith Observatory, there’s something for everybody.

However, not everyone manages to do LA right. HuffPost asked locals to share the most common missteps they’ve observed from La-La Land visitors.

From misjudging proximity to spending all your time in Hollywood, here are 11 mistakes tourists often make in Los Angeles ― and some advice for avoiding these errors during your California travels.

Not Factoring In Traffic

“LA traffic sucks! Plan your day to work with the traffic, not against it. Avoid driving at rush hour in the mornings and afternoons. Schedule your day so you’re somewhere you want to be for a while during these times. It will make the difference between being stuck in the car for hours and being somewhere incredible exploring.” ― Stuart Brazell, a TV host, producer and blogger at Stuart Says.

“A common mistake tourists make when coming to LA is not accounting for traffic. Checking traffic hours prior can really calculate time being spent at each location.” ― Jesi Le Rae, an actor and model.

“Sure, on the map it’ll look like a spot is only 10 miles away. But in LA traffic, it can take an hour to get there. Staying in LA when you plan to visit Disneyland in Anaheim several days in a row will stress you out.” ― Caroline Pardilla, a cocktail and travel blogger.

“The number-one mistake that I see tourists make in LA is assuming it stays warm all day and all night. As a fashion influencer, I’m highly aware of people’s outfit choices, and I very regularly see tourists out on the town at night wearing shorts and T-shirts wishing they had packed some pants or long sleeves. If you’re staying anywhere near the water, it can get very windy and cold at night, so packing a sweater and some jeans is probably a good idea. A Midwest 65 degrees and a West Coast evening 65 degrees feel very different.” ― Parker York Smith, a blogger at The Looksmith.

“A mistake I see is staying in Hollywood for shopping, food and ambiance. Try an area called the Norma Triangle where you can hit Melrose [Avenue] for shopping and restaurants, Santa Monica Boulevard for a string of bars, the West Hollywood public park to sit and recharge, and Sunset Boulevard for a vibe. The Grove is also a good place for a movie, outdoor farmers market and live music. ― Erika De La Cruz, the editor-in-chief at The LA Girl.

“Don’t stay at a hotel in Hollywood. It’s not as cute as you’d hope.” ― Danielle Alcaraz, a model and health coach.

“Only visiting Hollywood, Beverly Hills or Santa Monica. Why take pictures and visit the same old spots everyone else does when LA is so much bigger and more diverse than that? Visit Koreatown, Historic Filipinotown, Boyle Heights, Thai Town, Little Ethiopia.” ― Pardilla.

“When renting a car, the parking can be very confusing. Many tourists have been prone to parking tickets. If you’re unsure whether or not you’re able to park at a meter (because it states three different kinds of restrictions), it’s best to try and find a lot instead.” ― Le Rae.

“Know that parking is better paid for, as street signs can be tricky and are different in most locations (permit, short term, etc.).” ― Jazmyn Anderson Creer, a lifestyle blogger.

Only Sticking To Chinatown For Chinese Food

“LA’s Chinatown is small but mighty, just not for Chinese food. Instead, travel a bit further east to the San Gabriel Valley, where amazing regional Chinese cuisine can be found in cities like Alhambra, Monterey Park, Rosemead, Temple City and Arcadia. Chinatown is definitely still worth a visit foodwise, just not necessarily for Chinese … [with] one of the few exceptions being Pearl River Deli for fantastic Cantonese dishes. Instead, head to Chinatown for one of the creators of the French dipped sandwich, Philippe the Original — over a century old — or Howlin’ Ray’s for the best Nashville hot chicken in town, or Angry Egret Dinette for innovative Mexican American comfort food!” ― Peter Cheng, a blogger at The Offalo.

Forgetting To Map Out Activities Ahead Of Time

“Don’t plan to jump all over the city in one day. Instead, plan to visit one side of town and see a few things within that area because it’s true [that] traffic is bad. Also, having a car is a must, so plan accordingly so you can get around easier. The metro isn’t that convenient yet, as they’re still building the new lines!” ― Alcaraz.

“When I think of travelers and the mistakes they make when coming to LA, my initial thought is misunderstanding proximity of where they are staying to other things they want to do. LA is very spread out, so having an idea of where they are staying in proximity to what they actually plan to do will help reduce the time it takes to get to said places.” ― Anderson Creer.

“Strategically plan your day and break things up into specific areas — for example, West Hollywood/Beverly Hills, Westside/beaches and Hollywood/Eastside. There is so much to see and do in these communities and phenomenal places to eat.” ― Brazell.

Expecting To See Celebrities In Hollywood

“There’s the classic ‘head to Hollywood Boulevard to see celebrities’ mistake that I see repeated. Hollywood Boulevard is usually only tourists on a day-to-day basis. The exceptions are [late-night host] Jimmy Kimmel’s guests making their way to and from the theater across a back alley behind the El Capitan Entertainment Centre, the occasional film premiere and … the awarding of a [Hollywood Walk of Fame] star on the boulevard. If you’re really looking to people-watch, you’re going to want to stay at a local hotel or head to a local restaurant, usually around the West Hollywood area. A good sign that … star-studded guests [will be] arriving is that the establishment won’t allow photos. A few to try: Olivetta, Craig’s or BOA Steakhouse.” ― De La Cruz.

“Celebrities aren’t easy to spot. You won’t see celebrities walking around Hollywood and Beverly Hills or from the top of a tour bus. But mostly they’re hard to spot because when they are out and about at some store or restaurant, they are usually dressed down and look like regular people.” ― Pardilla.

“Stay authentic! Stay away from chain restaurants and try the flavors of LA. Los Angeles is such a melting pot of different cultures, which makes it the perfect city to try new restaurants. Look into family-owned restaurants for more decadent treats. You never know where you’ll find a diamond in the rough.” ― Itzel Lovato, a blogger and model.

“Do not go to a chain restaurant for a burger. Los Angeles has so many options worth writing home about, like the iconic Apple Pan.” ― Pardilla.

Missing Out On Unique Experiences

“Don’t miss out on an epic movie experience at Hollywood Forever Cemetery or a film with a live orchestra at the Hollywood Bowl.” ― Le Rae.

“Don’t spend all your time in areas that are too central to tourists. Some ideas of places to go are the night market in Thai Town, Korean BBQ followed by karaoke in Koreatown, or having a ‘sound bath’ in Malibu!” ― Lindsey Baruch, a photographer and blogger at Lindsey Eats.

“Instead of booking a Hollywood tour or trying to spot a celebrity, do a workshop! LA is full of amazing, creative people that have so much to share. Find something you might enjoy to explore and discover something new about yourself while in a new city. Find a wellness center or meditation studio that offers workshops, take a pottery class or visit a local farmers market. Things like this will immerse you into the culture and really give you a sense of the community.” ― Alcaraz.

Sitting At The Beach All Day

“One mistake is going to the beach to just sit there. Stroll along the shoreline from Venice to the Santa Monica Pier. You can even bike or Rollerblade from Santa Monica to Redondo Beach.” ― Pardilla.

“When a restaurant name says it’s in Hollywood or Beverly Hills or even West LA, it may not be where you think it is. Check the map. A friend booked a dinner at a restaurant that said it was in West LA when it really was all the way by LAX [the Los Angeles International Airport].” ― Pardilla.

Quotes have been edited and condensed.

I Was So Scared Of Flying, I Couldn’t Set Foot On A Plane. Here’s How I Overcame My Phobia.