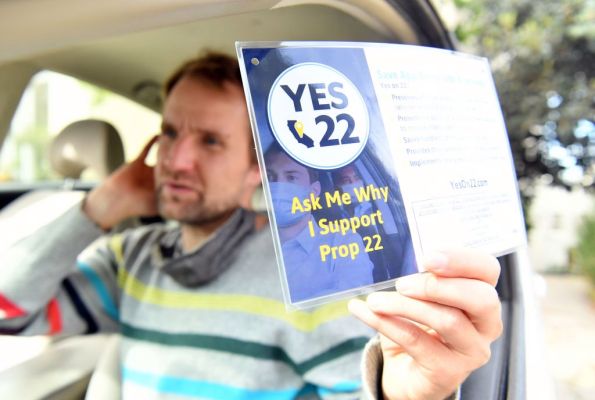 Editor’s note: Get this free weekly recap of TechCrunch news that any startup can use by email every Saturday morning (7 a.m. PT). Subscribe here.

The US is settling in for some new form of national gridlock, but state and local propositions are busy defining how technology businesses will be allowed to work (legally) in the US. Policies on topics as broad as customer usage and employment or as narrow as a drug chemical got the vote across the country. The results provide a blueprint for what you might expect to see in many more places.

Perhaps the best example is Proposition 22 in California, where a majority of the voters approved of new rules that allow companies like Uber and Lyft to continue operating with drivers as independent contractors. A previous piece of state legislation and related lawsuit would have required the companies to classify many drivers as full-time employees. Here’s Megan Rose Dickey, on the impact of the result:

Throughout the case, Uber and Lyft have argued that reclassifying their drivers as employees would cause irreparable harm to the companies. In the ruling last month, the judge said neither company would suffer any “grave or irreparable harm by being prohibited from violating the law” and that their respective financial burdens “do not rise to the level of irreparable harm.”

But now that Prop 22 is projected to pass, this lawsuit has far less legal ground to stand on. It’s also worth noting that Uber has previously said it may pursue similar legislation in other states.

Naturally, the affected companies got a boost to their stock prices after the vote was called, and Uber is already working on taking the campaign global.

The US presidential election of 2020 has been the most technologically sophisticated ever, but I’m gonna skip because there are relatively few startup angles for us here. However, if you are trying to craft user policies about politics, consider this election-eve analysis from Taylor Hatmaker about how Facebook and Twitter have changed their approaches since 2016.

Other notable startup-y items from our election coverage:

Something else happened in government this week that was not about the election — but may still be relevant to your startup. The SEC will now let companies raise up to $5 million per year in equity crowdfunding, up from a previous rule of $1.07 million. Lucas Matney has more for Extra Crunch. 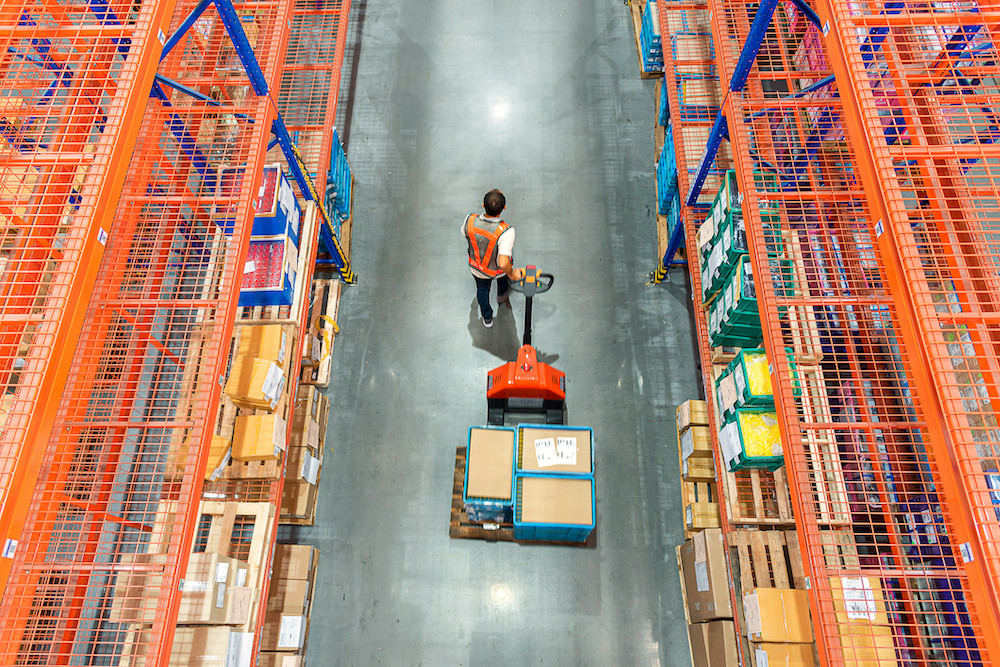 [I]t’s no wonder B2B e-commerce has been slower to digitize than B2C. From product discovery through the checkout process, a consumer buying a bag of licorice looks nothing like a retailer buying 100,000 bags of licorice from a distributor. The good news for B2B marketplace founders is that, based on the parameters above, there are many creative ways to extract value from transactions that go beyond the GMV take rate. Let’s explore some of the creative ways to monetize a B2B marketplace.

Instead of trying to take a cut of the gross merchandise value, like what Apple does with the App Store, successful startups have to be creative. These can include data monetization, embedded financial services, targeted advertising, private-label products, subscription fees and sampling fees. Here’s an excerpt from Hummer about that last one:

In most B2B verticals, individual transactions are so large that charging fees on a percentage basis means scaring potential customers away. In high-value markets with infrequent orders, charging a take rate on purchase orders will be perceived as unfair, especially when suppliers and buyers know each other already. But the fee-per-sample model is a unique wedge to aggregate suppliers and buyers, who often sample supplies before placing large orders.

One of our portfolio companies, Material Bank, has used this monetization strategy with success. Material Bank is a B2B marketplace for construction and interior design materials that warehouses samples (fabric swatches, paint chips, flooring materials, wall coverings, etc.) from hundreds of brands. Architects and interior designers can order free samples from Material Bank and receive them the next morning, and then ship samples back for free when they’re no longer needed. Material Bank charges the manufacturers a fee every time one of their samples is shipped out. Manufacturers receive new customer leads that require no effort to generate and are happy to outsource sample fulfillment, which was historically a cost center and not a core competency. Other B2B markets where sampling is well-established include chemicals, apparel and packaging materials.

How to start a VC fund without being rich already

Barriers to venture investing have been falling in recent years, as money has flowed into the asset class and as the opportunities for tech continue to grow. It is actually quite possible to raise your own fund if you don’t have much wealth to leverage — you’ll still have many things to figure out, though. Connie Loizos talks to limited partners and VCs who have been taking creative approaches for TechCrunch this week:

First, find investors, i.e. limited partners, who are willing to take less than 2% or 3% and maybe even less than 1% of the overall fund size being targeted. You’ll likely find fewer investors as that “commit” shrinks. But for example Joanna Rupp,  who runs the $1.1 billion private equity portfolio for the University of Chicago’s endowment, suggests that both she and other managers she knows are willing to be flexible based on the “specific situation of the GP.”

Says Rupp, “I think there are industry ‘norms,’ but we haven’t required a [general partner] commitment from younger GPs when we have felt that they don’t have the financial means.”

Bob Raynard, founder of the fund administration firm Standish Management, echoes the sentiment, saying that a smaller general partner commitment in exchange for special investor economics is also fairly common. “You might see a reduced management fee for the LP for helping them or reduced carry or both, and that has been done for years.”

Explore management fee offsets. Use your existing portfolio companies as collateral. Make a deal with wealthier friends if you can. Get a bank loan. Consider the merits of so-called front loading.

She goes on to explain a number of tips including: 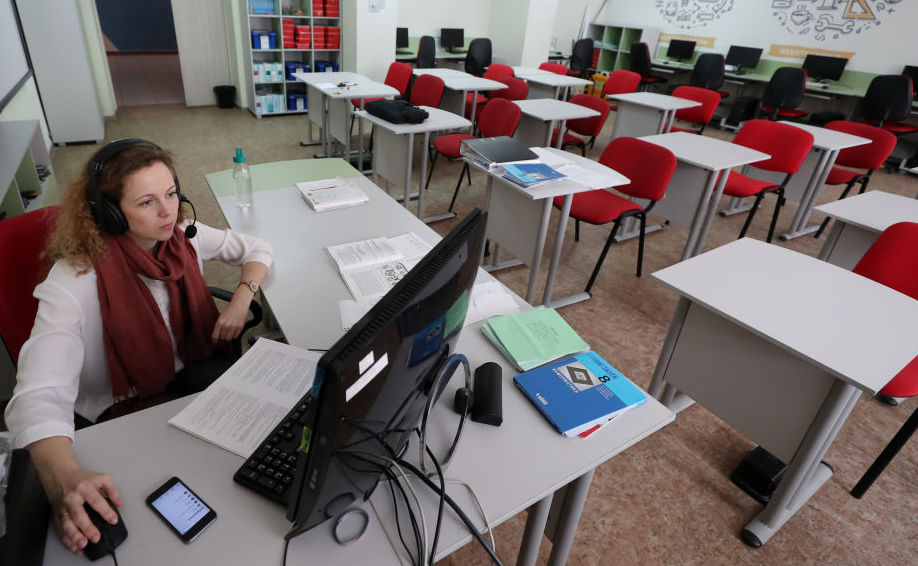 Natasha Mascarenhas takes a look at the motivations behind recent acquisitions in the space for Extra Crunch this week, as edtech has gone from supplemental to vital during the pandemic. Here’s more detail about the Course Hero acquisition of Symbolab from the other week.

Symbolab is a math calculator that is set to answer over 1 billion questions this year. With each answer, Symbolab adds information to its algorithm regarding students’ most common pain points and confusion. Course Hero, in contrast, is a broader service that focuses on Q&A from a variety of subjects. CEO Andrew Grauer says Symbolab’s algorithm isn’t something that Course Hero, which has been operating since 2006, can drum up overnight. That’s precisely why he “decided to buy, instead of build… It made a lot of sense to move fast enough so it wouldn’t take up multiple years to get this technology.”

Mixtape podcast: Wellness in the time of the struggle

Why Florida residents may soon be seeing jet-powered ‘flying taxis’

Is fintech’s Series A market hot, or just overhyped?

Hello and welcome back to Equity, TechCrunch’s venture capital-focused podcast (now on Twitter!), where we unpack the numbers behind the headlines.

What a week from us here in the United States, where the election is still being tabulated and precisely zero people are stressed at all. But, no matter what, the wheels of Equity spin on, so Danny and Natasha and Alex and Chris got together once again to chat all things startups and venture capital:

Equity drops every Monday at 7:00 a.m. PDT and Thursday afternoon as fast as we can get it out, so subscribe to us on Apple Podcasts, Overcast, Spotify and all the casts.