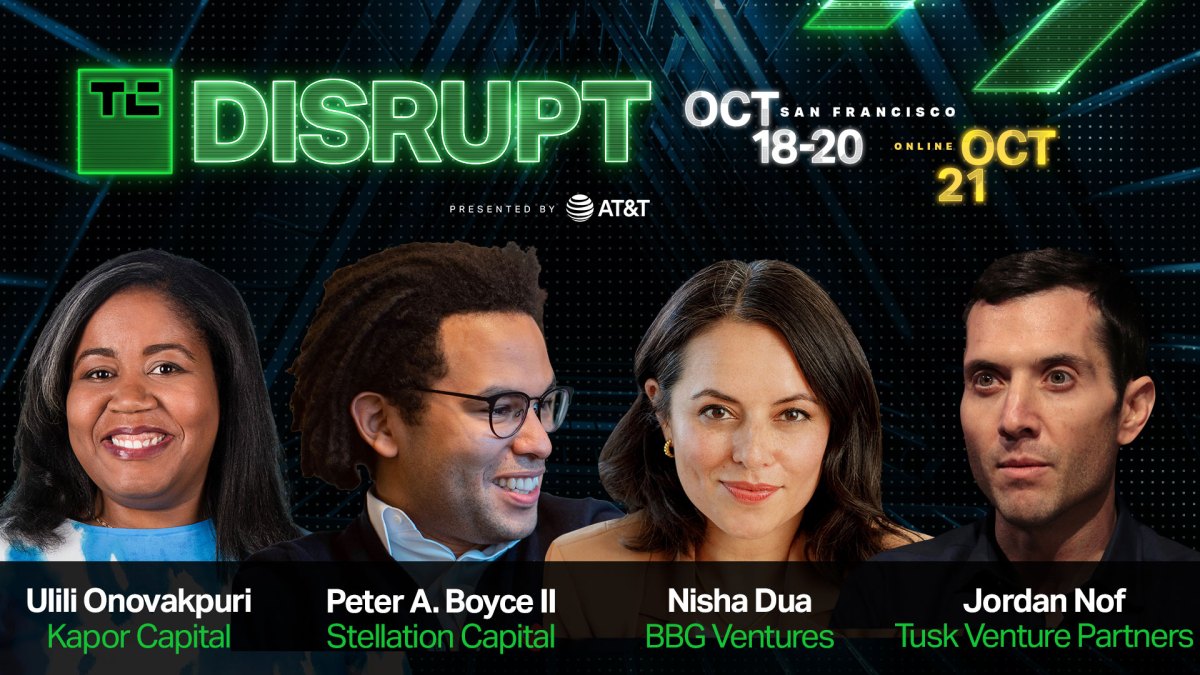 You’ll find an impressive amount of talent during the legendary Startup Battlefield throw-down, and we’re not just talking about the competitors. We have a mighty slate of seasoned VCs stepping up to the plate to judge the pitches.

We’re ready to announce the final group of investors who will determine which standout startup will earn the title of Startup Battlefield champion and take home the glory and the $100,000 prize. It all takes place at TechCrunch Disrupt on October 18–20 in San Francisco. But first, an important reminder.

How to improve your pitch: Startup Battlefield isn’t just thrilling to watch; it’s a masterclass in how investors think. The judges’ feedback provides insight into the criteria they use to determine whether a company is viable or not. Watch and learn what investors look for, what motivates them and what pushes them to schedule a meeting.

All right, here are the final four VCs who will help judge the next Startup Battlefield pitch competition:

Peter A. Boyce II, the founder and managing partner at Stellation Capital

Boyce currently serves as a nonprofit board member for The Shed, The Studio Museum in Harlem, The New Museum, NEW INC, Code Nation and the Harvard College Fund. He is also a Rock Venture Capital partner at Harvard Business School (HBS), a program advisor for the HBS and an MIT Sandbox board member.

Boyce holds a BA in applied mathematics and a secondary degree in computer science from Harvard University.

Nisha Dua, the co-founder and managing partner at BBG Ventures

Dua co-founded BBGV in 2014. The NYC-based, early-stage fund leads investments in companies built by female and diverse founders solving the needs of consumers, workers and employers.

BBGV invests in big categories that require new thinking such as health and well-being, the future of work and education, fintech, climate and solutions for overlooked consumers. At BBGV, Dua has invested in more than 100 female-led startups, including Spring Health, Real, Fiveable, KiwiCo, Blueland and The Mom Project.

Prior to BBGV, Dua served as general manager of Cambio (AOL’s millennial site). She also founded Built By Girls, a software platform that has connected more than 20,000 girls and nonbinary talent with professionals in technology.

Dua previously served as chief of staff for the AOL Brand Group, where she worked on strategy, operations and special projects. She began her career as a management consultant for Bain & Company and was a mergers and acquisitions lawyer at Blake Dawson, an Australian law firm.

Prior to TVP, Nof spent six years as a director at Blackstone, where he focused on developing the firm’s corporate venture capital portfolio. During that time, he invested in early-stage technology companies that could accelerate operations across Blackstone and the firm’s underlying portfolio companies.

Before joining Blackstone, Nof served four years in the institutional investment management division at AllianceBernstein. During that time, he worked on building many of the firm’s global institutional relationships.

Nof received a BS in finance from Florida State University and holds an MBA from the Rollins Graduate School of Business.

Previously, Onovakpuri served as director of global programs at Village Capital, an accelerator program and venture capital firm supporting healthcare, education, agriculture, energy and fintech businesses. She worked with entrepreneurs from around the world, helping them grow their ideas into marketable businesses.

Onovakpuri received her MBA with a concentration in health sector management from Duke University’s Fuqua School of Business. She is a native San Franciscan and a UC Berkeley alum.

TechCrunch Disrupt takes place on October 18–20 in San Francisco. Buy your pass now and save up to $1,100. Student, government and nonprofit passes are available for just $295. Prices increase September 16.

Is your company interested in sponsoring or exhibiting at TechCrunch Disrupt 2022? Contact our sponsorship sales team by filling out this form.