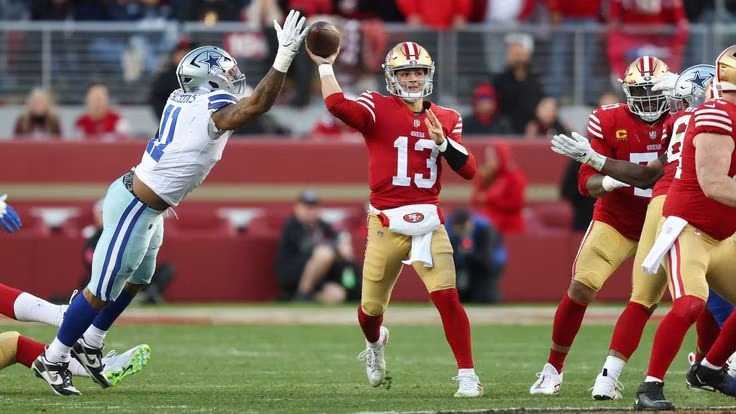 As a rookie quarterback for the San Francisco 49ers, Brock Purdy is making his debut in the NFL. Prior to joining the 49ers, Purdy spent four years playing for the University of Iowa.

Despite declaring for the NFL draft in 2022, Brock Purdy was not considered a top prospect. He was selected as the final pick, known as ‘Mr. Irrelevant,’ with the 262nd pick.

However, he has since made history as the first quarterback with that nickname to start a regular-season game at the position.

“I don’t care what place, what round, what team I was drafted or if I didn’t get drafted, I just want to go out there and prove to myself that I can play at this level . That has always been my mindset, ”Purdy declared prior to his debut.

What was the scenario like for you to take ownership?

In Week 2, Trey Lance , who had been chosen to be the starting QB for the San Francisco 49ers , suffered a broken ankle that sidelined him for the rest of the year.

Jimmy Garoppolo , was commissioned to fill Lance’s position; he did a great job and put the team in contention for the NFC West title .

But in Week 13, in a game against the Miami Dolphins , Garoppolo suffered a broken foot in the first quarter and Brock Purdy was forced to come onstage.

During that game Purdy completed 25 of 37 passes for 210 yards , two touchdowns and one interception; the Niners got the victory by score 33-17.

In the Wild Card , Brock Purdy had 332 yards and four touchdowns; three by air and one by land.

With that he became the first rookie quarterback in league history to get four touchdowns in the playoffs .

Tonight he got the victory with the San Francisco 49ers by a score of 19-12 against the Dallas Cowboys ; and they advanced to the NFC Championship game against the Philadelphia Eagles at Lincoln Financial Field .

This News is partially taken from as