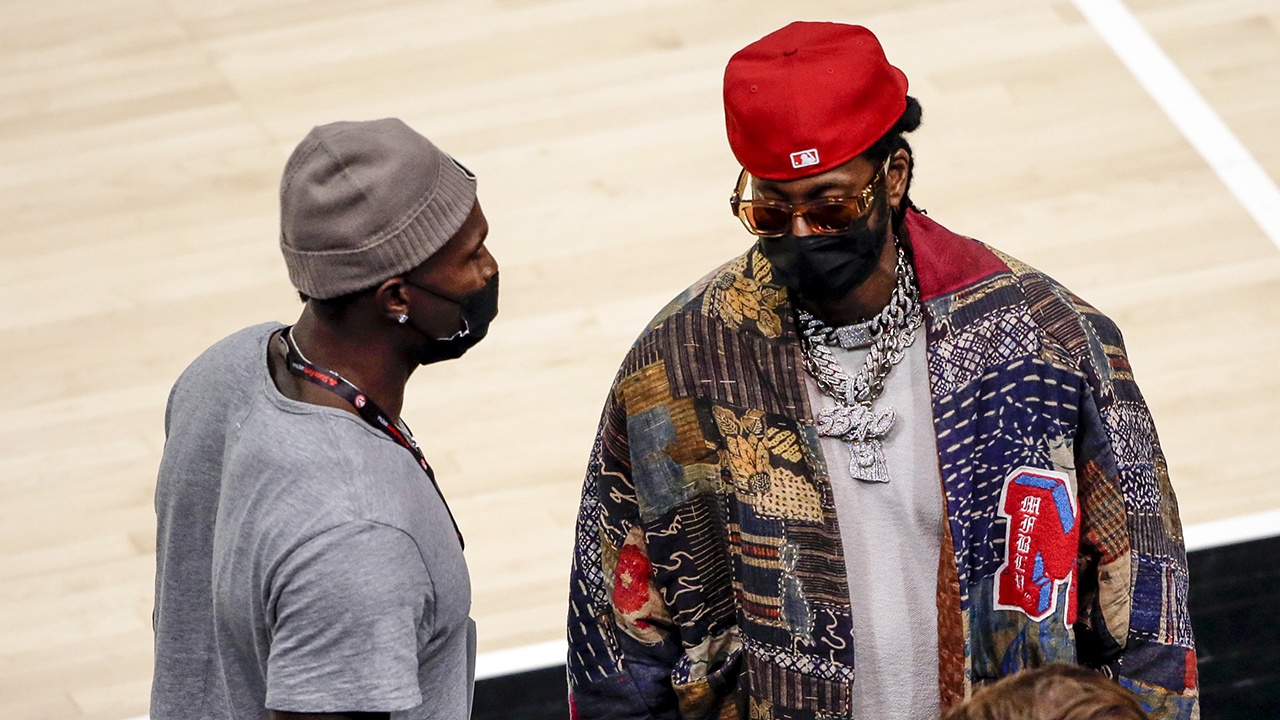 The Atlanta Falcons began their offseason training program Tuesday without longtime star receiver Julio Jones, who apparently has no intention of returning to a rebuilding team that is still struggling to get under the salary cap.

Rookie coach Arthur Smith was tight-lipped about the Falcons’ options, but insisted that he doesn’t begrudge Jones for speaking his mind.

“We encourage our players to speak for themselves,” Smith said during an interview session dominated by questions about Jones’ future. “That doesn’t change anything for us. We understand our plan going forward. We’ve had multiple private conversations with our players. Those conversations will remain private on my end.”

After plenty of questions about the seven-time Pro Bowler who, along with Matt Ryan, has been the face of the franchise for the past decade, Jones brought the situation to a head in a brief interview Monday with former NFL star Shannon Sharpe.

“I’m outta there,” Jones told the host of the “Undisputed” on FS1. When asked where he wants to play, the 32-year-old replied, “Right now, I wanna win.”

That seems unlikely with the Falcons, who are coming off their third straight losing season. Atlanta fired coach Dan Quinn and general manager Thomas Dimitroff after an 0-5 start to a year that ended at 4-12.

Smith and new general manager Terry Fontenot have made it clear that all options are on the table as they attempt to rebuild the roster and deal with several salary cap limitations, which could be eased greatly by trading Jones.

After months of silence from both sides, Jones appears to be pushing for a resolution. In addition to his interview with Sharpe, a photo surfaced on social media of the receiver posing with the fan while wearing a Dallas Cowboys sweatshirt.

Asked about Jones’ choice of attire, Smith called it “irrelevant.”

“You can wear whatever you want,” the coach said. “I don’t care.”

While the Cowboys would not seem to be in the market for another top receiver, there are teams that would surely benefit from having a dynamic player who had six straight seasons with more than 1,300 yards receiving until he was limited to nine games in 2020 by injuries.

Among the teams that might interested in Jones: the San Francisco 49ers, coached by former Falcons offensive coordinator Kyle Shanahan; the New England Patriots, who have already made a big splash in free agency; and the Jacksonville Jaguars, buoyed by a new franchise quarterback (Trevor Lawrence) and more cap space than any team in the league.

Jones’ status has certainly become a hot topic around the league, with Arizona receiver DeAndre Hopkins even sending a tweet — since deleted — implying he’d to restructure his contract if that’s what it took for Cardinals to deal for Jones.

Hopkins was at it again on Monday, posting a picture on Instagram of himself with Jones, receiver A.J. Green and former NFL star Michael Irvin at the 2016 Pro Bowl. He included the message, “Julio u remember what we talked about.”

Smith repeatedly refused to discuss any aspects of the Jones drama, from reports that the receiver privately requested a trade before the NFL draft to whether there’s any chance of a reconciliation with one of the team’s most popular players. The coach did say that every player on the roster has received a playbook and all information related to the voluntary OTAs (organized team activities).

“We’ve got so much respect and appreciation for what Julio Jones has done here with this franchise and what he’s meant to this city,” Smith said “But we have conversations about our roster all the time. We have to have contingency plans.”

Jones’ $15.3 million base salary is guaranteed and he’s set to cost the Falcons slightly more than $23 million against the salary cap next season. If he’s traded after June 1, they would be able to split the dead money over two seasons, which would greatly ease their grim financial situation.

As it stands, the Falcons still must clear several million dollars just to sign a draft class led by the No. 4 overall pick, tight end Kyle Pitts.

While trading Jones makes sense financially, especially given the emergence of receivers Calvin Ridley and Russell Gage, the situation has cast a pall over a franchise that has never seemed to recover from blowing a 28-3 lead in the 2017 Super Bowl.

Ryan made it clear last week how much Jones has meant to the team’s success.

“I love Julio. I’ve been so lucky to play with him for the past decade,” Ryan said. “He’s an incredible competitor and one of the best to ever do it at his position.”

Bitcoin mining has been under a microscope lately. We talked to a crypto expert to understand why blockchain is getting a bad rap.