Who isn’t on social media these days? Thanks to mobile technology, every phone comes with social media channels to connect with others, engage and share content and entertain.

Companies around the world are tapping into the benefits of engaging social media channels in their strategies. But which channel is the best for your company? Finding this out will depend on your audience. Therefore, understanding who are social media users is critical for success.

Here we prepared a guide with the top statistics and figures you need to understand your social media users in 2022​. This updated guide on demographics will give you the figures you need to define an informed strategy, such as usage, age, gender, country, and behavior.

So, How Many People Use Social Media?

Let’s start from the basics: how many social media users are in the world? Is social media really everywhere?

According to studies, more than half the world’s population — 4.33 billion people — use social media.

That suggests that 9 in 10 Internet users use social media each month.

As of April 2021, there were 521 million new social media users from last year, indicating an annual growth of 13.7%.

How often people use social media?

The average user spends 2hrs 22 minutes a day on social media. This varies according to the platform though, as people spend more time on some social platforms than others.

Which platforms are the most popular?

Usage of Social Media varies by country too. According to Statista, China is the country with the most users, with over a billion users expected by 2025, followed by India with half a billion.

The United States is in 4th place, Japan in 10th. Surprisingly, the United Kingdom is in 14th place with 50.89 million users expected by 2025, followed by South Korea with 45.53 million users.

Age group: The same research shows that most users are in the range of 18-29 years old.

According to statistics, in January 2020 there were 45 million social media users in the UK, this number had increased to 53 million by the start of 2021. That means 77.9% of the UK population uses at least one social media platform.

The largest group of Instagram users in South Korea, as of March 2021 are women between 25 and 34 years old.

The most used social network in South Korea is Facebook.

According to Statista studies, in January 2021, almost 80% of Australians were active social media users, compared to 58% in 2015.

Age group: The use of social media is dominated by the 25-34-year-old group. Younger Australians, from 14 to 28 years old, prefer to use Instagram.

Age group: According to a Digital Report by Data Report, the largest group of users of social media are in the range of 25 to 34 years old.

Most popular Network:  Interestingly, the most popular network in South Africa is WhatsApp, followed by YouTube in second place and then Facebook.

Now that we explored the basics of key markets, let’s analyze the demographics of the social platforms, who are the users?

Understanding the audience is critical to define a successful social media strategy for your business.

Facebook is still the undisputed leader of social networks, although now YouTube and Instagram are getting close. Their reach and broad audience make it a clear choice for most companies looking to market and advertise their products.

The gender division is not that marked among Facebook users, as there are 8% more users that identify as male than female.

Instagram is the network for sharing photos and video, turning steadily into a marketplace of its own.

According to Statista, there is almost the same % of male than female Instagram users.

Distribution of Instagram users worldwide as of January 2021, by gender

The social media network for professionals and B2B works by different rules as other social networks. Its focus on providing value, networking, and lead generation make it a no-brainer when it comes to promoting your business. 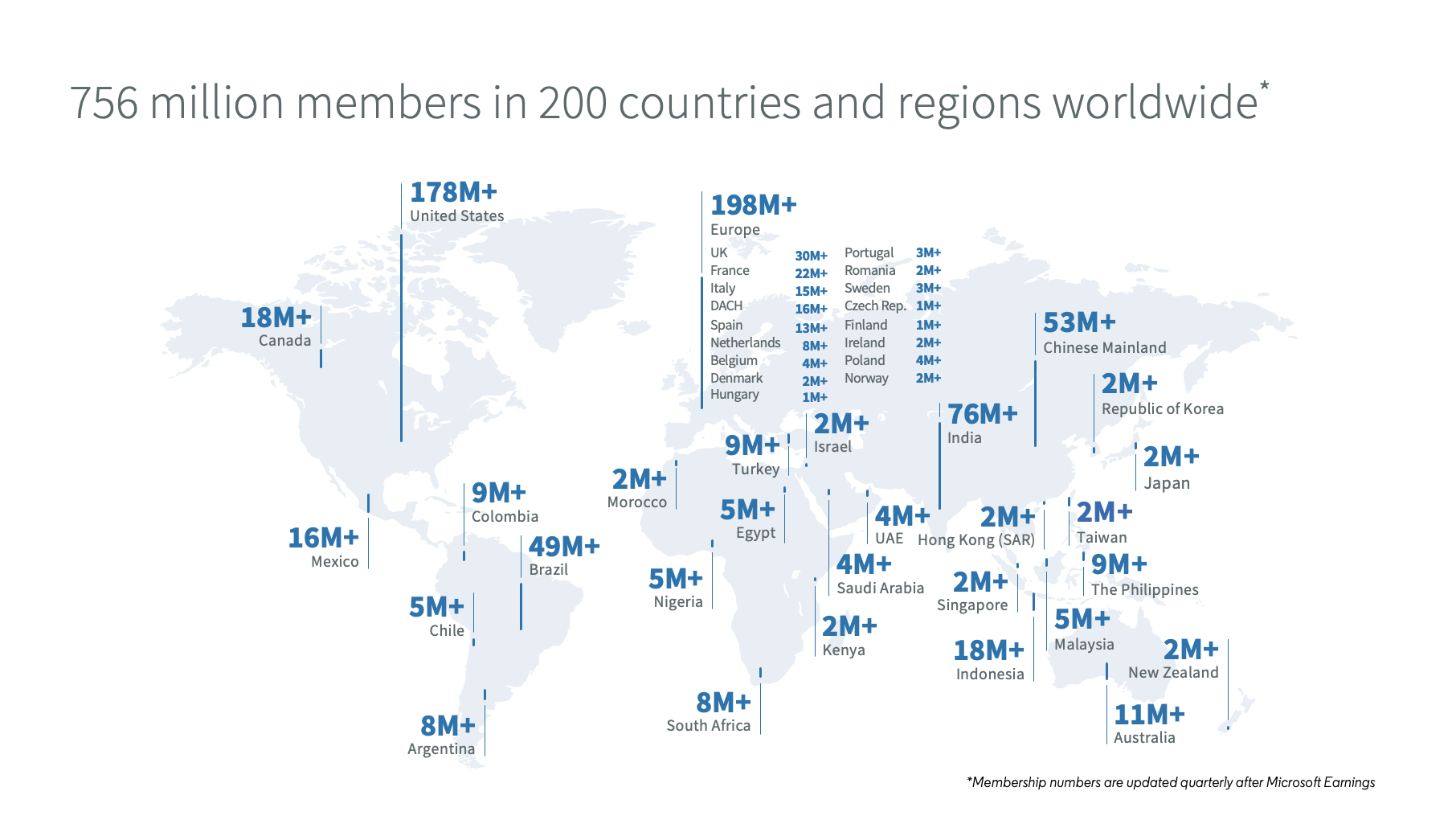 The age group with the largest LinkedIn active users is 25-34 years. However, the target demographics focus on professionals 30-49 years old.

According to Similar Web, users spend an average of 7.30 minutes every day on LinkedIn, at which time they visit about 6 pages.

This can be explained as LinkedIn is a network for B2B and professionals, which tend to be in the medium/high-income range.

One of the strengths of Twitter, besides allowing everybody to express their opinion, is that you can tag almost any business or person simply by tagging them in a Tweet. This helps companies with their social listening and brand analysis. 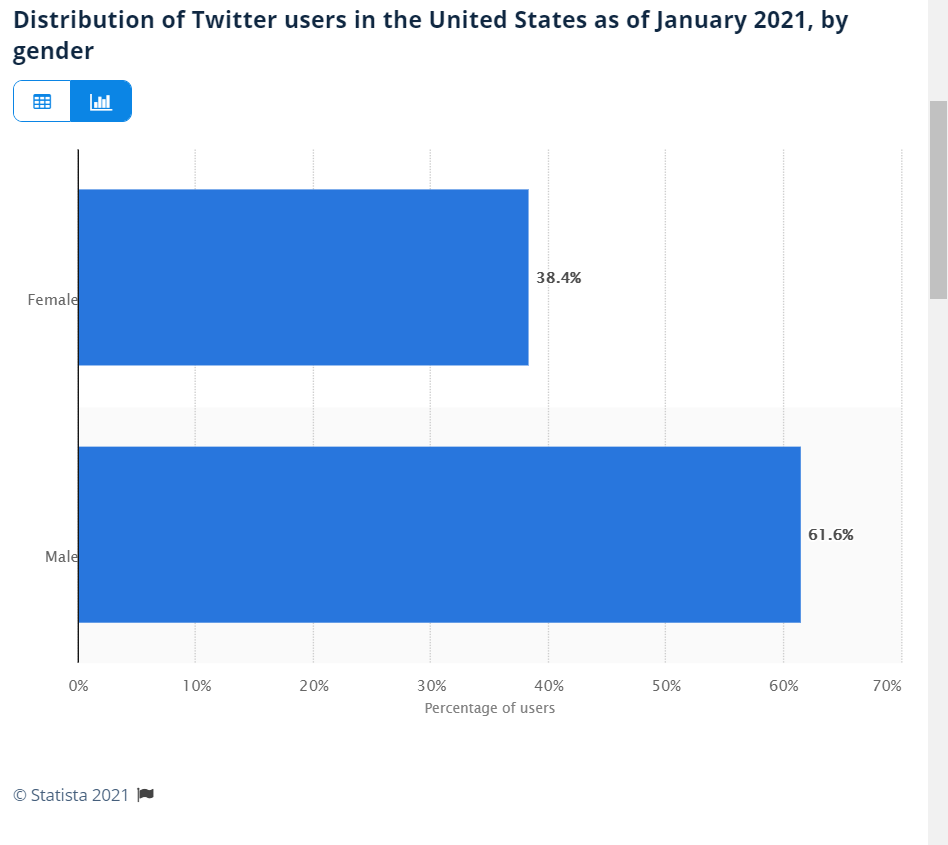 Youtube video range goes from recipes and tutorials to funny cat videos, entertainment, and music. If it can be on video, is on YouTube. 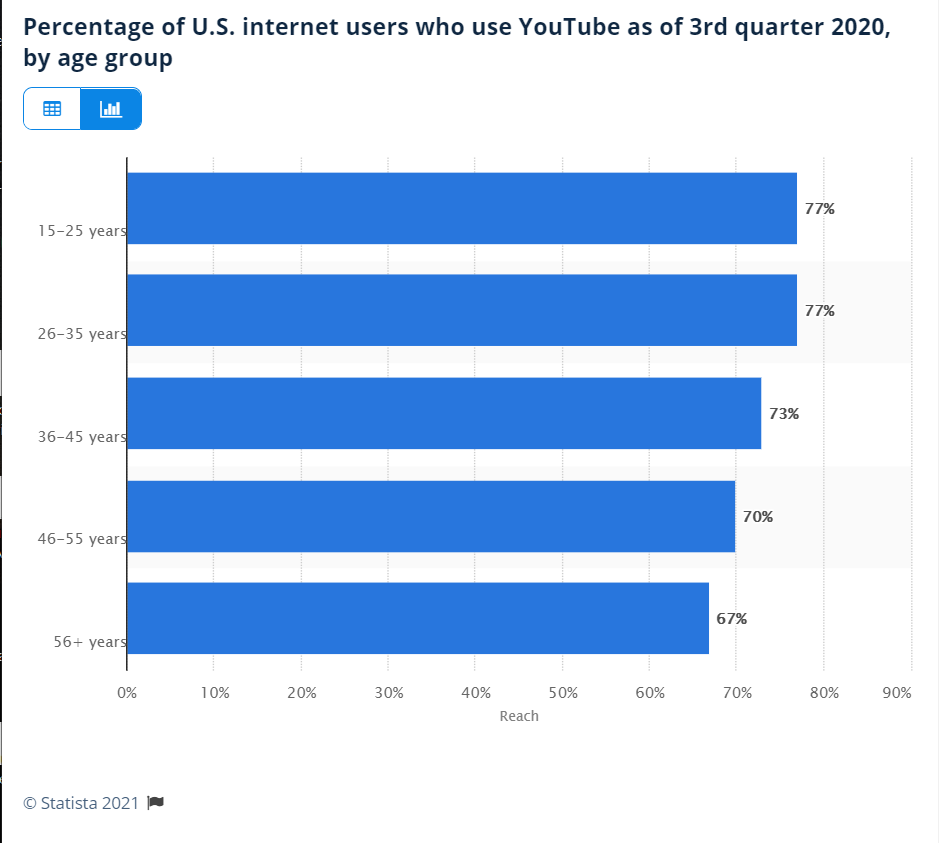 TikTok is becoming the next video-sharing platform, catering to people between the age of 13 and 40.

The social network for makers, Pinterest has long evolved from a platform to look for recipes and DIY tutorials to a more B2C marketplace. Its users also reflect this trend.

Percentage of U.S. adults who use Pinterest as of February 2021, by age group

Although it was overlooked for a long time, Snapchat is wildly popular among younger users.

Which Networks Are the Best for You According to Your Industry?

The data and figures we mentioned are meant to be a general indication of the audiences for each social media platform.

To define your marketing strategy, you should look at the specific demographic for your target audience and compare it with the data we presented.

Finding the right social network for your company depends on your audience and your industry. First, find out where your users are hanging out on social media. Then look at their demographic characteristics.

Different industries may need different channels. For instance, if your company caters to teenagers, you should look to promote your products on Snapchat, Instagram, and TikTok.

Why Are Demographics Important for Your Monetization Strategy?

Demographics is critical for marketing and monetization strategies. Demographics help you understand the characteristics of your audience.

It explains who is your user and helps you with customer segmentation, helping target exactly your ideal customer. You should use demographics to make your marketing efforts more effective.

How a One-Stop Monetization Solution Can Help

Instead of searching and analyzing myriad statistics before you even start with your monetization efforts, leverage a monetization solution. This will simplify the task, segmenting and profiling your audience so you can monetize your digital properties effectively.

CodeFuel is a one-stop monetization solution that makes highly targeted monetization much easier. The solution allows you to leverage search, display, and shopping ads with intent-based targeting. Therefore, offering relevant ads and news to your audience. Learn more about how CodeFuel can help here.

Free Marketing Tools you Must Have in 2023